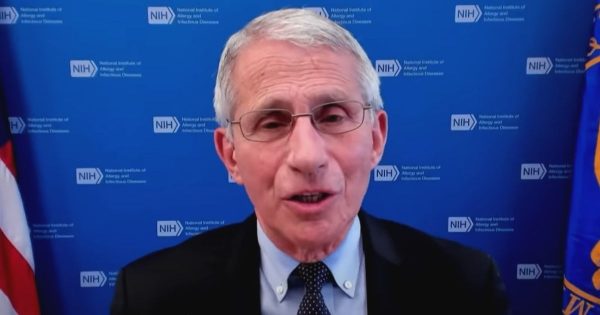 In the wake of President Biden's new COVID-19 vaccine mandates, Sen. Ron Johnson, R-Wis., sent a letter Thursday to three top public health officials, including Dr. Anthony Fauci, demanding the administration justify its decision not to take into account natural immunity from a prior infection.

"This administration's decision to disregard the effectiveness of natural immunity and demand vaccination ignores current data and is an assault on all Americans' civil liberties," he wrote in the letter, which was obtained by the Daily Caller.

Johnson emphasized the Biden administration and federal health agencies "owe the American people answers about why they have made the decision to disregard the effectiveness of natural immunity and ignore current data."

Biden announced one week ago he is directing the Occupational Safety and Health Administration to create a rule requiring all private companies with more than 100 employees to mandate vaccination or a weekly COVID-19 testing regime.

In his letter, Johnson pointed to studies in Israel and La Jolla, California, that "appear to show that natural immunity may provide similar or even better protection than vaccines in the fight against COVID-19."

He noted an interview last week on CNN in which Fauci didn't have a "firm answer" when asked by Dr. Sanjay Gupta about the many Americans asking why their natural immunity isn't taken into consideration in public policy.

The senator said Fauci's inability to respond was "shocking."

Johnson said he received a COVID-19 antibodies test seven months after testing positive for the virus.

"My serology is positive for antibodies against SARS-COV-2 at roughly the same level as an individual that has received the Moderna vaccine," he wrote.

A Rasmussen poll published Wednesday found 51% of likely American voters support Biden's vaccine mandate. But a majority believe those who have natural immunity should not be required to get the vaccine.

He said he's received many communications "from individuals who are highly concerned about the pressure, coercion and reprisals they will face if they do not comply with these vaccine mandates."

"Many of these individuals are first responders and health care professionals already concerned about worker shortages in their industries, and they fear mandates will make matters worse," he said.