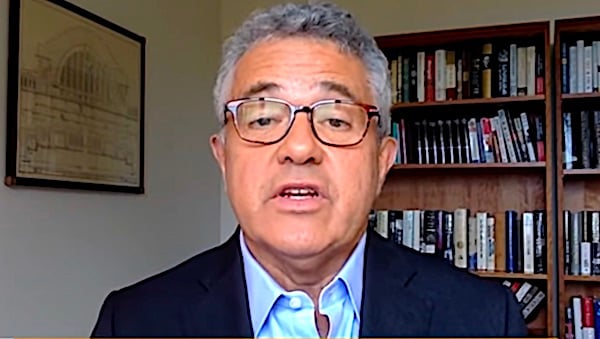 Abortion providers had filed emergency requests to block the enforcement of the Heartbeat Act (S.B. 8), which bans abortions after the unborn baby‘s heartbeat can be detected. The Supreme Court did not intervene, though it still may do so.

“Usually, you just sue the state government and the court issues an injunction on state government don’t enforce the law. With no single enforcer of the law, there is this procedural problem that abortion providers have that it is unclear who they’re supposed to sue,” he continued. “That’s what’s creating this legal tangle, separate from the issue about the abortion law, but the effect is that this law is now in effect and Roe v. Wade essentially does not exist, at least in the state of Texas and probably more in states to come.”

The CNN contributor added that he and other commentators have been accused of “being chicken little” when they say that Roe is about to be overturned. “The sky is falling,” he added.

Toobin previously came under fire for allegedly trying to pay his former girlfriend Casey Greenfield to abort their baby, sources told the New York Daily News in May 2010.

Greenfield and Toobin carried on a secret relationship on and off for about 10 years, according to The New York Times, and Greenfield told the publication that Toobin initially questioned his paternity of the child, did not want to submit a paternity test, and said he would not take responsibility for the baby unless he was sure it was his.

“The one time you really don’t want to get pregnant is when you’re single and the other person is married and you’re working as a first-year junior associate at a law firm in a hard-core phase of trying to prove yourself to them,” Greenfield told the Times in 2012.

The baby, Roderick Henry Greenfield, was born in March 2009, the Times reported. Greenfield sued Toobin for child support and for custody of the baby and he ultimately agreed to a paternity test confirming he was the father.

Toobin did not immediately respond to a request for comment from the Daily Caller News Foundation.