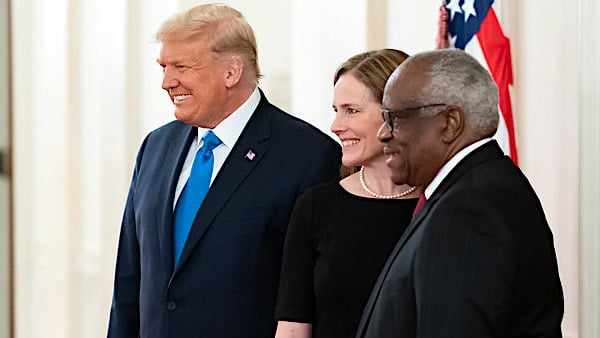 A second justice on the nine-member U.S. Supreme Court now has warned against the Democrats' plan in Washington for a "court-packing" that would add enough liberal justices to the bench so the party could prevail in all court disputes.

It is Justice Amy Coney Barrett, the last of three appointees put on the bench by President Trump, who said it's just not a good idea, because the justices already there are not political ideologues.

The Courtier-Journal reported Barrett spoke in Louisville, Kentucky, over the weekend.

"My goal today is to convince you that this court is not comprised of a bunch of partisan hacks," she said. "Judicial philosophies are not the same as political parties."

She described herself as an "originalist," meaning someone who tries to make decisions based on the original meaning and context of the Constitution.

The other justice who recently has warned against packing the court, as President Biden, House Majority Leader Nancy Pelosi and Senate Majority Leader Chuck Schumer have insisted is essential, is Justice Stephen Breyer.

He, Barrett suggested, follows the other main school of thought on the bench: "pragmatism." 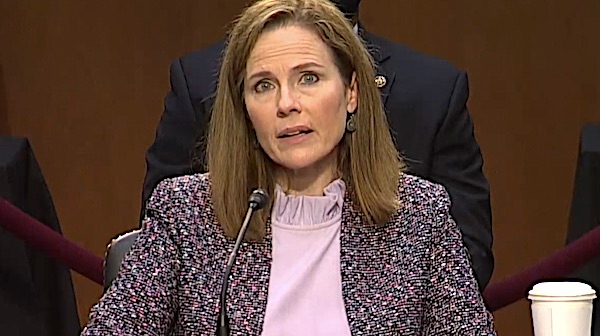 She noted there have been many cases where the justices who were appointed by Republican presidents did not join forces against justices appointed by Democrats.

"The media, along with hot takes on Twitter, report the results and decisions. … That makes the decision seem results-oriented. It leaves the reader to judge whether the court was right or wrong, based on whether she liked the results of the decision," she explained. "And here's the thing: Sometimes, I don't like the results of my decisions. But it's not my job to decide cases based on the outcome I want."

The Democrats' most recent demand to pack the court with liberal justices came after the court decided against intervening now in an abortion law fight in Texas. The court allowed the law to take effect because of the circumstances of the law.

There, the state legislature authorized any person in Texas to seek $10,000 in damages from any person who provides, does, or facilitates an abortion.

Typical pro-life laws are given to state officials to enforce, and lawsuits name them as defendants. Courts then can easily grant an injunction and prevent officials from enforcing the law.

In this case, the state has no role in enforcement of the law.

Fox News characterized the Democrats' agenda against the existing Supreme Court status as "railing" against its recent decisions.

Fox reported, "'Republicans promised to overturn Roe v Wade, and they have,' Rep. Alexandria Ocasio-Cortez, D-N.Y., said, despite the fact the court's ruling did no such thing and was merely procedural. 'Democrats can either abolish the filibuster and expand the court, or do nothing as millions of peoples’ bodies, rights, and lives are sacrificed for far-right minority rule.'"

Breyer recently has made several media appearances, and warned that if Democrats change the makeup of the court now, Republicans could reverse that at some later point.

He was appointed by a Democrat, and members of that party are calling for him to retire, as they want a liberal Joe Biden to pick a replacement, not a possibly Republican successor to Biden.

Sen. Mike Lee, R-Utah, also has spoken openly against the Democrats' agenda on the court, warning that to pack the court could "reverse a central feature" of the Constitution.

He pointed out Biden previously has opposed the concept, calling it a "boneheaded" idea.

"I agree with the late Ruth Bader Ginsburg, who was a Supreme Court justice, who said that it would also be a terrible move. Look, there's good reason why we insulate the federal court system, which, despite its faults, is, I believe, the best of its kind anywhere in the world; Because we insulate it from political decision making, with the exception of the process by which we choose and confirm them. Once they're in place, they're insulated. They serve presumptive lifetime terms."

He warned a move to change the court "to change the political outcome of decisions they make, you're reversing that central feature in the Constitution that makes our court system unique and very valuable."