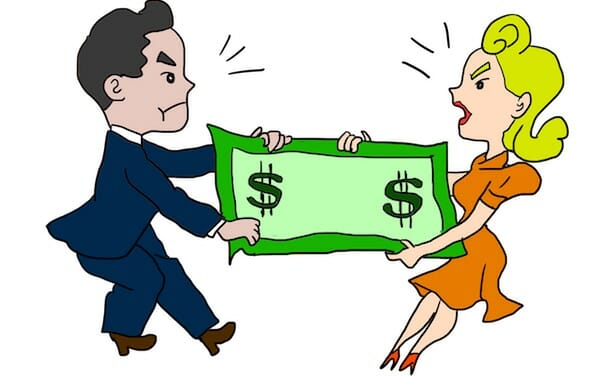 “There is a steep price that Americans will pay for this bill,” Brady told the Daily Caller News Foundation in an interview. “Our government has never wasted so much money that kills so many American jobs, drives prices even higher and hooks a whole new generation of the poor on government dependency.”

“This is an economic surrender to China, Russia, Europe and Japan,” he added. “It’s trillions of wasteful government spending to fuel inflation further.”

Senate Democrats unveiled the Build Back Better Act in early August, months after President Joe Biden announced his budget priorities. Different parts of the proposal received approval from the House Ways and Means, Energy and Commerce, Veterans’ Affairs and Judiciary committees on Sept. 15.

The legislation includes trillions of dollars in new government spending, which will be aimed at bolstering existing and creating new welfare programs, investing in clean energy technology, improving U.S. cybersecurity and modernizing American infrastructure. The introduction of a permanent child tax credit program, universal Pre-K for 3 and 4-year olds, national paid family leave and an expansion of Medicare benefits are among the bill’s most expensive initiatives.

The legislation also includes various new taxes in an attempt to raise revenue to offset the heightened spending.

“We need a tax code that rewards individuals and businesses for investing back into the American economy,” Brady told the DCNF. “One of the reasons we’ve grown so fast and raised wages has been that our Republican tax reform rewards investment in America.”

“(Democrats) reverse all that with about five different taxes that punish Americans for investing in America,” he said.

‘It will return us to the days of stagnant paychecks’

Overall, the plan would reduce 80% of Americans’ after-tax income, according to a report from the Tax Foundation. It would also lead to the net loss of more than 300,000 jobs.

Brady noted that the legislation would raise the capital gains tax for top earners from 20% to 25%. Such a tax increase would slow the “lifeblood of investment” in the U.S., he said.

“Their goal, in my view, is to take investment decisions out of the hands of Americans and send those dollars to Washington so that Joe Biden and Nancy Pelosi can decide which communities are worthy of being invested in,” he said.

The Build Back Better Act also returns the U.S. to a progressive international tax structure, according to the Tax Foundation.

In addition, Democrats’ proposed a tax hike — from 21% to 26.5% — on corporations making more than $5 million in revenue.

But small businesses stand to lose the most under the tax regime proposed in the budget bill, according to Brady. The legislation would eliminate a key tax deduction for small businesses, which are taxed as individuals, not corporations, effectively increasing their tax rate from 29.6% to 37%.

“It will make it very difficult for (small business owners) to have the cash to survive, grow, hire more workers in a serious way,” Brady said. “So we expect a lot of job loss among small businesses.”

Meanwhile, multiple estimates have concluded that the Build Back Better Act wouldn’t raise enough tax revenue to pay for all the programs introduced in the bill. The Penn Wharton Budget Model estimated the new taxes would lead to $2.4 trillion in revenue while the Committee for a Responsible Federal Budget projected they would generate $2.3 trillion in additional revenue.

When the bill was introduced, Senate Democrats said the $3.5 trillion price tag would be completely paid for by a “combination of new tax revenues, health care savings, and long-term economic growth.” White House Chief of Staff Ron Klain promised that the bill would “cost zero” in private remarks to Wall Street executives, the New York Post reported.

Brady, though, said he expects more “budget gimmicks” or additional taxes to be added as the bill makes its way through Senate committees. He also called Klain’s comments “nonsense,” pointing to the harm that would be inflicted by the trillion-dollar tax hikes.

“I worry about how many Americans will be hurt by this including the poor, especially the middle class, and I know this will drive U.S. jobs overseas, slow economic growth,” Brady told the DCNF. “It will return us to the days of stagnant paychecks. That’s what worries me the most.”

WND News Services
These reports are produced by another news agency, and the editors of WND believe you'll find it of interest.
FBI concludes Alec Baldwin must have pulled trigger in 'Rust' shooting
Judge Roy Moore vindicated, wins $8.2 million defamation lawsuit
Crime-ridden blue city will divert some cops from neighborhoods to protect movie sets
Border town mayor tells Dem-run city leaders to suck it up after complaining over a few migrant buses
How Wisconsin Supreme Court is returning state to normalcy after 2020 election
See more...