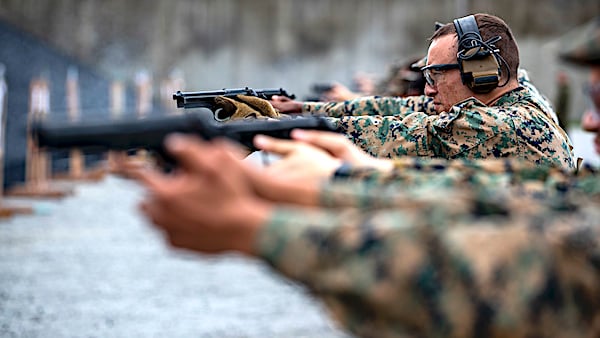 A spokesman for the Joint Chiefs issued a statement earlier Wednesday arguing that the chairman "regularly communicates with Chiefs of Defense" of various nations.

In a video posted to Twitter, Rubio contested the statement's logic.

"If these are normal phone calls, like the kind he makes every night, then why is this a story?" he asked. 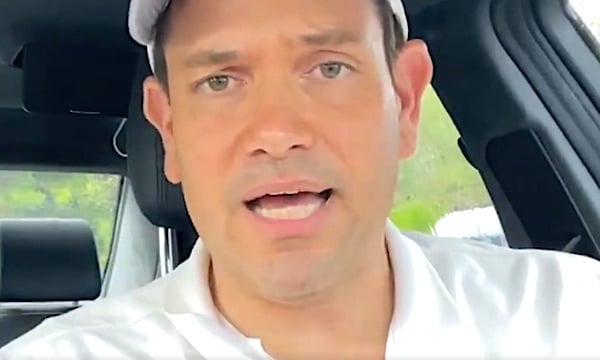 On Tuesday, the Washington Post published excerpts of the upcoming book "Peril" by Bob Woodward and Robert Costa, which alleges Milley had two secret phone calls with Gen. Li Zuocheng of the People’s Liberation Army, four days before the Nov. 3 election and two days after the Jan. 6 riot.

Earlier Wednesday, Sen. Rand Paul, R-Ky., said in a Fox News interview that if the secret calls are confirmed, Milley should be removed as chairman and court-martialed.

Sen. Tom Cotton, R-Okla., said Wednesday on "Fox & Friends" that Congress will "ensure" that Milley addresses the report. Milley is scheduled to testify before the Senate Armed Services Committee later this month.

Cotton said the book "raises some serious concerns, and I would say some of the allegations seem somewhat farfetched to me."

"We don’t want to jump to conclusions yet, but we’ll certainly vet them and see exactly what happened," he said.

"The idea that an American military general is going to warn an adversary that an attack is coming, as you say, when Donald Trump was never even thinking about a military attack against China? The whole thing is pretty far-fetched."

Cotton noted the book also confirms that President Biden "disregarded the military advice he received earlier this year about what would happen if he went forward with his disastrous withdrawal from Afghanistan."

On Tuesday, the general who commanded U.S. and NATO forces in Afghanistan told a Senate committee he declared his opposition to Biden's complete withdrawal to the top military brass.

Meanwhile, Biden said Wednesday he has "great confidence" in Milley's leadership. Earlier, at the White House, press secretary Jen Psaki affirmed Biden had "complete confidence" in Milley and said she would not speak to "anonymous unconfirmed reports about conversations with limited context from here."

"But what I can assure you all of is that the president knows General Milley, he has been chairman of the Joint Chiefs for almost eight months of his presidency," she said.

Psaki went on to say that the "context" of the remarks was the "outgoing president of the United States during this period of time fomented unrest, leading to an insurrection and an attack on our nation's capital, on January 6th."

Rubio said that if the story reported in "Peril" about the secret calls is true, Milley should be fired and "face military justice for what he has done."

"This was treacherous, it's dangerous, it's unconstitutional, and General Milley needs to answer questions about it," the senator said.

Rubio said it appears now that Milley himself was the authors' source.

"I think he told [Woodward and Costa], 'This wasn't normal, I had to do this for the good of our country."

Rubio surmised that Milley did it "because he wanted to make himself look good."

"This is not a political issue, this is a constitutional issue," he said.

The senator emphasized that civilian control of the military prevents America from being taken over by a military coup.

"The commander-in-chief, the president, is a civilian," he noted. "And here we have an instance of the highest-ranking uniformed officer in the United States undermining the commander in chief, by colluding and coordinating with a potential adversary."

After the alleged phone call, the Chinese must have concluded there was instability in America, said Rubio.

"Imagine if they would have decided now is the time to invade Taiwan, because there is political instability in the chain of command."

If Gen.Milley calling his Chinese counterpart was just a normal & regular communication then why are those calls now newsworthy?

If the account of those calls in a new book is accurate these calls were neither regular nor heroic.

They were treacherous and dangerous. pic.twitter.com/7SCD6llO5a

'General Li, I want to assure you'

In "Peril," the authors report the Joint Chiefs chairman spoke with the Chinese defense chief Li on Oct. 30 amid growing tensions over military exercises in the South China Sea and Trump's tough rhetoric toward Beijing. A U.S. intelligence review concluding that the communist regime suspected the U.S. was preparing a military strike prompted the phone call.

"General Li, I want to assure you that the American government is stable and everything is going to be OK," Milley allegedly told the PLA general. "We are not going to attack or conduct any kinetic operations against you."

Li is the chief of the Joint Staff Department of the Central Military Commission, which is nominally regarded as China's supreme military policy-making body.

Reacting to the report Tuesday, former President Donald Trump said such an action was treasonous.

"So first of all, if it is actually true, which is hard to believe that he would have called China, and done these things, and was willing to advise them of an attack or in advance of an attack, that's treason!" Trump told Newsmax. "And I would think, I've had so many calls today saying that's treason."

Alexander Vindman -- the retired lieutenant colonel who testified against President Trump during the first impeachment -- said Tuesday that Milley must resign.

"He usurped civilian authority, broke Chain of Command, and violated the sacrosanct principle of civilian control over the military," Vindman wrote on Twitter.

"It's an extremely dangerous precedent. You can't simply walk away from that."

Republican Rep. Andy Biggs of Arizona also called on Milley to resign, contending that if the allegations are true, Milley "has proven, yet again, that he is unfit to serve and is treading dangerous ground."

Milley already has been under fire from lawmakers for his handling of the withdrawal of U.S. troops from Afghanistan, which was accompanied by the nearly immediate takeover by the Taliban.

But Richard Grenell, the former acting director of national intelligence under Trump, was skeptical of the reporting in the new book.

"Bob Woodward has become the Michael Wolff of Washington, D.C.," he wrote on Twitter. "It’s hard to believe anything the two of them write."

'We are on the way to a right-wing coup'

Woodward and Costa report that Milley was disturbed by the Capitol riot and "was certain that Trump had gone into a serious mental decline in the aftermath of the election, with Trump now all but manic, screaming at officials and constructing his own alternate reality about endless election conspiracies."

Milley, according to the book, feared Trump might "go rogue," and the general told his top staffers, "You never know what a president’s trigger point is."

Milley's fears were shared by House Speaker Nancy Pelosi, who was publicly asking Milley to prevent "an unhinged president from using the nuclear codes."

Pelosi, according to the book, told Milley in a private conversation that Trump "has been crazy for a long time."

Milley reportedly replied, "I agree with you on everything."

The book quotes Haspel saying: "We are on the way to a right-wing coup. This whole thing is insanity."

The CIA director also accused Trump of "acting out like a 6-year-old with a tantrum."