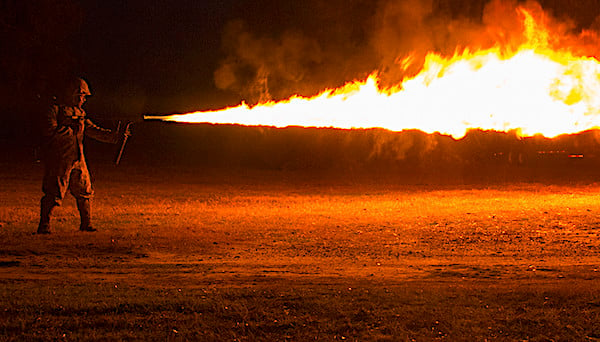 In the classic 1944 film “Gaslight,” an extraordinarily evil criminal, who has recently gotten married, psychologically manipulates his perfectly sane wife into believing she’s going insane as a means of distracting her from uncovering his horrendous crime spree.

From the movie emerged the modern psychological term “gaslighting,” which means, “to cause (a person) to doubt his or her sanity through the use of psychological manipulation.”

News flash: America’s current ruling elites – including not only the Biden-Harris administration, but most of the Democratic Party, Big Tech, Big Media, the “Deep State,” academia, and even an increasing number of major “woke” corporations – are literally gaslighting the rest of America every single day, from morning until night, in a dizzying and ever-expanding variety of ways.

Truly, gaslighting has become the No. 1 psychological-spiritual warfare principle of America’s ruling class.

The most obvious example of Biden administration gaslighting is its ongoing campaign to not only demonize but induce paralyzing doubt, guilt, fear and self-loathing in tens of millions of thoroughly decent, patriotic, law-abiding, conservative Americans by continually denouncing them as “racists,” “white supremacists,” “violent extremists” and “domestic terrorists.”

In fact, in every area of life, culture and government policy in today’s America – from the COVID-19 pandemic, to election fraud, to the January 6 "insurrection," to Biden’s exit from Afghanistan, to illegal immigration, to abortion, to transgender madness, to the Second Amendment – those currently in power continually portray large segments of the American population as essentially immoral, deplorable and irredeemable, indeed almost subhuman.

As with all gaslighting, the intended purpose is to confuse, confound, distress, dispirit, intimidate and bewilder people to the point they doubt obvious truths they once knew and instead live in fear and anxiety, thus disabling them from being effective in the ongoing war for America’s future.

And just as the villain in “Gaslight” was superficially charming, intelligent, apparently thoughtful, caring, knowledgeable and supposedly looking out for the interest of his wife, in today’s America the power elite pretend to care about the people they rule, but their true motivations are entirely selfish, narcissistic, and revolve around their desperate addiction to power, wealth, glory, privilege and worship.

In a word, they want to be gods. And to perpetuate this desperate pretense, they must gaslight.

But now, their dark secrets are totally exposed for all to see in the groundbreaking September issue of WND's monthly Whistleblower magazine, “THE YEAR OF THE GASLIGHTERS: How today’s corrupt ruling class is intent on driving normal Americans insane.” 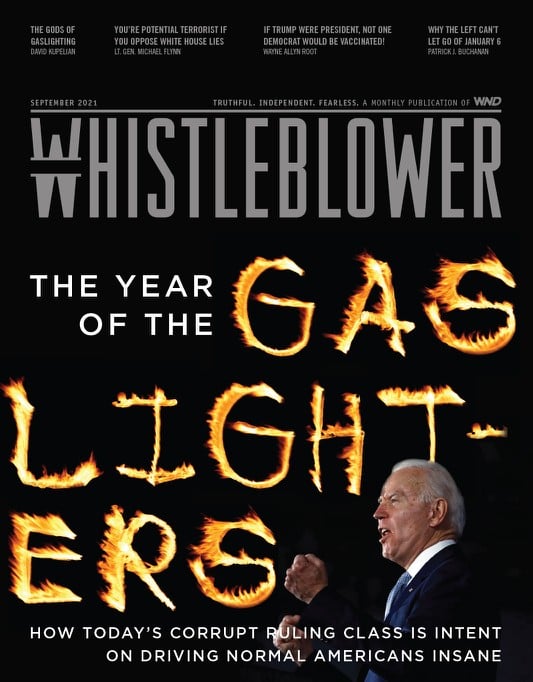 Highlights of “THE YEAR OF THE GASLIGHTERS” include:

* “Since the new DHS alert, you're a potential terrorist if you oppose White House lies” by Lt. Gen. Michael Flynn

* “If Trump were president, not 1 Democrat would be vaccinated!” by Wayne Allyn Root, on how the media would condemn “Trump's vaccine” as a “Frankenstein's monster” and accuse him of “murder”

* “Once again, the left is comparing Christians to Islamic terrorists” by Michael Brown, on demagogues saying “Make no mistake; Christian evangelicals are America's #taliban”

* “Who knew? Universities are 'rightwing' institutions!” by Patrice Lewis, spotlighting a classic example of gaslighting by one far-left professor

* “Why the left can't let go of Jan. 6” by Patrick J. Buchanan, who explains that hyping a pretend “act of terrorism” is the only hope Democrats have of surviving November '22

* “Democrats are unable to change facts, so 'they alter the definition of reality'” by J. Peder Zane, on how, driven by radical ideology, the left claims to “embrace science, facts and truth”

* “The ongoing horror show that is the Biden presidency” by David Limbaugh, on how gaslighting “White House lunatics” are attempting to “destroy America as founded”

* “While Trump is banned for questioning the election, Obama claims Republicans are 'rigging the game'” by Elizabeth Stauffer, who concludes, “The former president is gaslighting”

* “Biden's ruinous refugee dump” by Michelle Malkin, on how subsidizing multitudes of new welfare recipients and workers taking Americans’ jobs “is somehow good for us, we’re being told”

* “Blame-shifting and gaslighting, from Stalin to today’s ‘woke’ elites” by Ted Baehr, who explains why, “without a plumb line, without standards, society can't exist”

* “Public schools are broken. Don't send your kids there” by Patrice Lewis, on how “Good parents are being mocked, ignored, ridiculed, marginalized, taunted, derided, doxed, gaslighted and sued” across the nation

* “Will a bumbling, lying Biden last till year's end in office? The president now seems incapable of telling the truth” by Laura Hollis.

“In the final analysis,” he adds, “we’re dealing with spiritual warfare, as Scripture makes clear: ‘For our struggle is not against flesh and blood, but against the rulers, against the authorities, against the powers of this dark world and against the spiritual forces of evil in the heavenly realms’ (Ephesians 6:12).”

Fortunately, “THE YEAR OF THE GASLIGHTERS” also has a lot to say about how good Americans can protect themselves and their families from these assaults, safeguarding their own sanity and wellbeing, and maybe even saving their country.

SPECIAL OFFER: For a limited time, subscribe to Whistleblower, renew or give a gift subscription and you'll get $10 off the already discounted rate (pay only $39.95 instead of the usual $49.95), plus you'll get THREE very special free gifts: 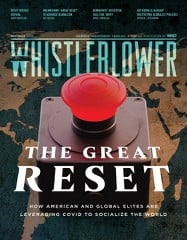 You’ll also get the popular state-of-the-art digital edition of Whistleblower’s sensational issue titled “THE GREAT RESET: How American and global elites are leveraging COVID to socialize the world.” Today, under cover of the coronavirus pandemic, global elites including many right here in the U.S. are actively engaged in trying to usher in a completely new world system they call the "Great Reset." Not only is Joe Biden fully on board with the “Great Reset,” but his presidential campaign chose as its official campaign slogan the seemingly innocuous phrase, “Build Back Better,” which happens also to be the slogan of the “Great Reset” coined by its originator and main advocate, World Economic Forum founder Klaus Schwab. Under cover of the COVID-19 pandemic, Schwab insists the entire world must “act jointly and swiftly to revamp all aspects of our societies and economies,” meaning, as he explains, “we need a ‘Great Reset’ of capitalism.” In other words, socialism.

Finally, you’ll get the digital version of one Whistleblower’s most popular and important – and possibly even life-saving – issues ever, “ENDING THE PANDEMIC: How vaccine mania and lust for power led to the all-out suppression of proven safe-and-effective COVID treatments.”

This special triple free offer will end without notice.

If you prefer, you may order a single copy of the September 2021 issue, "THE YEAR OF THE GASLIGHTERS." Or GET THE DIGITAL VERSION HERE!