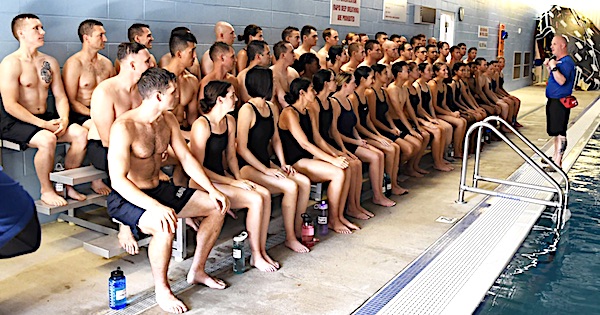 In what has to be considered an indicator of the success or failure of colleges in America today, a new poll shows a large majority – some 66% – of college students hold the belief that "racism is so rooted in America that whites need to be 're-educated' on the issue."

Paul Bedard wrote of the results after obtaining them from pollster McLaughlin & Associates in his Washington Secrets column.

The results were all that leftists across the education industry hoping to install racial agenda points like Critical Race Theory, which teaches America is all racist, all whites are perpetrators and all blacks are victims, could want.

The results of the survey done for the William F. Buckley Jr. Program said 71% believe "systemic racism is a big problem in society today and white people still contribute to it, whether they realize it or not."

Further, Bedard explained, "66% said that 'most white Americans need to be re-educated about the true history of America and what it means to be actively anti-racist.'"

For that indoctrination, 59% of the students wanted racial rules from CRT in "all high schools and colleges."

Bedard explained, "The survey, focused on free speech and the Constitution, was the first evidence that the next generation is behind the teaching of critical race theory in schools. Across the nation, parents are clashing with school boards over the theory being taught."

Other findings included that 55% consider the Constitution very important. Nearly one-third, 31%, claimed it is outdated.

Eighty percent said the First Amendment is important, and half said they often feel intimidated in sharing their opinions.

Four of 10 endorsed the idea of shouting down and disrupt a speaker – sometimes, and 36% said violence can be used to stop a person from using "hate speech."

It is 62% of conservative students who say they often have felt intimidated in sharing their beliefs because they were different from those of the teachers, and 61% of blacks agreed.

One third of those conservative students say they now are less comfortable sharing their thoughts, compared to their time in high school.

Nearly half said there's no need to report offensive political opinions to school manager, although 47% of liberals said that should happen.

Two-thirds of the liberal students said certain types of humor need to be "re-evaluated" regarding its presence on campus, and 49% of them said the First Amendment doesn't protect "hate speech."

Among those liberal students, nearly nine of 10 said those white's need "re-education"

Thirty-six percent of students say socialist is too radical for America, but within that group there was a strong showing from Hispanic students, where 43% agreed.