In the wake of the publishing of government documents indicating he falsely claimed his agency was not funding gain-of-function research at the Wuhan Institute of Virology, National Institutes of Health Director Francis Collins announced his resignation Tuesday.

"It has been an incredible privilege to lead this great agency for more than a decade," Collins, 71, said in a statement. "I love this agency and its people so deeply that the decision to step down was a difficult one, done in close counsel with my wife, Diane Baker, and my family." 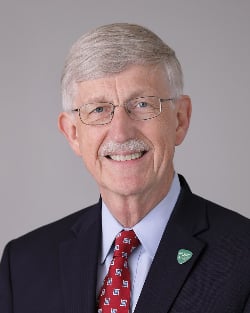 Collins, who will step down by the end of the year, said he's "proud of all we've accomplished."

"I fundamentally believe, however, that no single person should serve in the position too long, and that it's time to bring in a new scientist to lead the NIH into the future," he said. "I'm most grateful and proud of the NIH staff and the scientific community, whose extraordinary commitment to lifesaving research delivers hope to the American people and the world every day."

Last month, Richard Ebright, a molecular biologist at Rutgers University, said government documents reported by The Intercept "make it clear that assertions by the NIH Director, Francis Collins, and the NIAID Director, Anthony Fauci, that the NIH did not support gain-of-function research or potential pandemic pathogen enhancement at WIV are untruthful."

Ebright was among the 16 scientists who authored a letter published last month in the prestigious British science journal The Lancet calling for another look at the evidence that the pandemic began with a lab leak. The scientists condemned a February 2020 letter organized by Wuhan lab collaborator Peter Daszak marginalizing anyone who entertained the lab-leak theory as a conspiracist. Ebright and his 15 colleagues said Daszak's letter and a subsequent missive had "a silencing effect on the wider scientific debate, including among science journalists."

It was under Collins' leadership that the NIH lifted a moratorium on gain-of-function research in 2017 that was implemented during the Obama administration due to concerns that the research could trigger an outbreak.

Asked Tuesday afternoon by Fox News host Neil Cavuto about the accusation regarding gain-of-function research, Collins said "it had nothing to do with my decision."

Collins said he believes the pandemic most likely had a natural origin, starting in a bat.

Politico reported Tuesday that Collins was at odds with the Biden administration over booster shots, siding with the FDA's decision to limit them to Americans 65 and older along with other vulnerable demographics. 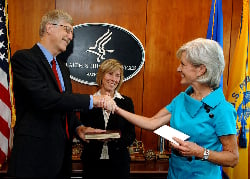 Vaccines 'an answer to prayer'
Collins has been a critic of Americans who choose not to take the experimental COVID-19 vaccines, blaming them for the recent surge.

In August, as schools prepared to reopen, he said children should wear a mask in class.

"For somebody who's a believer, this is what you could call an answer to prayer," he told Religion News Service last month."If we've all been praying to God to somehow deliver us from this terrible pandemic, and what happens is these vaccines get developed that are safe and effective, well, why wouldn’t you want to say, 'Thank you, God' and roll up your sleeve?"