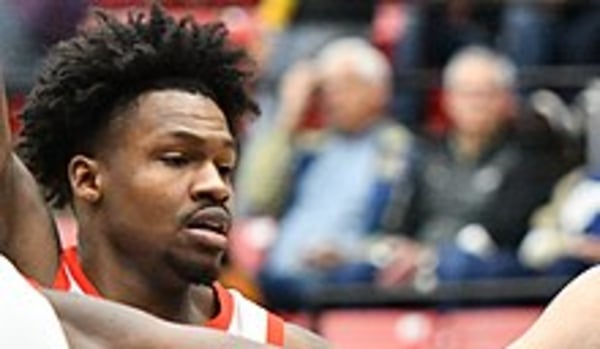 Amid the controversy over basketball superstar Kyrie Irving's refusal to take a COVID-19 vaccine, a former NBA player says his season ended early last year after he developed blood clots he attributes to a COVID shot.

Brandon Goodwin, who was a point guard for the Atlanta Hawks, recently told his side of the story on a Twitch stream, SB Nation reported.

A team report said the player's season ended in May due to a "minor respiratory condition." But Goodwin said his health problems began after his received a COVID-19 vaccine.

"I got sick and I never quite recovered from it," Goodwin said on the stream, as posted on YouTube. "I would always have back pain, I was just super tired in the games." 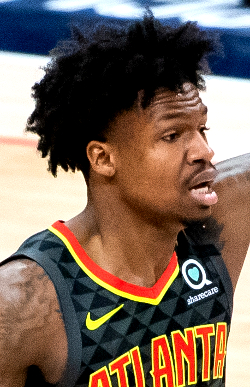 He eventually decided to go see a doctor.

"That’s when I found out I had blood clots. That all within the span of a month," he said.

The Centers for Disease Control and Prevention has said blood clots have been reported as a rare side effect of Johnson & Johnson's COVID-19 vaccine. Women under the age of 50, in particular, have been advised to remain cautious.

He said people try to tell him: "No. It's not the vaccine."

"How do you know?" Goodwin asks doubters. "You don't know."

In another Twitch clip, Goodwin was adamant that "the vaccine ended my season."

"One thousand percent," he said.

Goodwin said team management, regarding his condition, said, "Don’t say anything about it, don't tell anybody."

The Hawks did not bring Goodwin back for the 2021-22 season, and he has not signed with another NBA team.

Goodwin averaged 5.5 points off the bench in 13 minutes per game through 81 games. The Hawks signed him to a full-season contract for 2020-21 after breakout performances, SB Nation said, including a 19-point fourth quarter in a comeback win over the Los Angeles Clippers.

'Nobody should be forced to do anything with their bodies'
Meanwhile, the Brooklyn Nets have barred star player Kyrie Irving from practicing or playing in games until he complies with New York City's vaccine eligibility requirements.

On Wednesday, Irving, 29, defended his decision in an Instagram Live video. 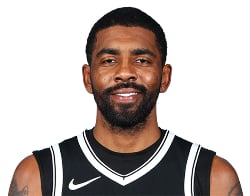 "Nobody should be forced to do anything with their bodies," he said.

With the Nets scheduled to play 43 games in New York City, including two against the Knicks at Madison Square Garden, Irving could lose as much as $15 million of his $34 million salary, CNN reported.

Because it was the Nets' decision not to allow him to play, the seven-time All Star would receive $19 million of his salary for the 41 games his team will play outside of New York City.