Counterterrorism police in Britain are investigating possible links between "Islamist extremists" and a foreign national who is the sole suspect in the stabbing death of a Conservative Party member of Parliament on Friday.

The MP, Sir David Amess, was killed while meeting with constituents at a Methodist Church in Leigh-on-Sea, east of London.

The Metropolitan Police, in a statement early Saturday morning, described  the attack as terrorism, saying an early investigation "has revealed a potential motivation linked to Islamist extremism."

A source who spoke to The Independent newspaper of London said the suspect, 25, is Somalian. The suspect calmly waited for police to arrive after the fatal knife attack.

The source said the attacker did not use phrases often associated with an Islamic attack to indicate a terrorist motivation, the paper reported. 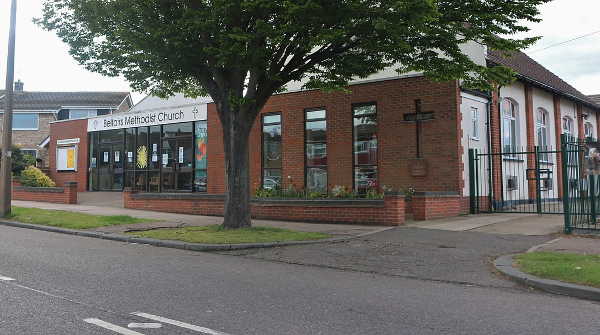 Police will examine the suspect's telephone in search of any links to terrorist groups or "extremism," The Independent said.

Prime Minister Boris Johnson reflected the nation's shock and sadness at the loss of "one of the kindest" people in politics, BBC News reported.

Amess, 69, was married with five children. Raised as a Roman Catholic, he was known as a social conservative, a prominent opponent of abortion and a supporter of Brexit. He had been an MP since 1983.

An opponent of the Islamic regime in Tehran hailed Amess as "the true voice of the people of Iran in the UK parliament for human rights and democracy and freedom."

RIP: you were the true voice of the people of Iran in the UK parliament for human rights and democracy and freedom @amessd_southend
Tory MP Sir David Amess dies after stabbing at constituency surgery https://t.co/f3s0ozJ4vO

Home Secretary Priti Patel said the killing "represents a senseless attack on democracy itself," adding that "questions are rightly being asked about the safety of our country's elected representatives."

The Muslim Council of Britain responded to news of the murder of Amess with a statement, sending its condolences to the MP's family, friends and constituents.

"From attending the launch of the first Muslim Scouts group in Southend in 2013 to meeting the Imam of Southend Mosque in July this year, Sir David will be remembered fondly by local Muslim communities," the statement said.

Secretary-General Zara Mohammed said:  "Sir David’s murder is deeply upsetting and our thoughts and prayers are with all those grieving his loss at this time. That he was murdered in the course of performing his duties as a Parliamentarian, highlights the danger politicians in the public eye face."

Israeli Foreign Minister Yair Lapid said Amess "always stood with the Jewish community and was a true friend of Israel."

From Israel, we send our deepest condolences to the family, friends and colleagues of Sir David Amess. He always stood with the Jewish community and was a true friend of Israel.

May his memory be for a blessing.