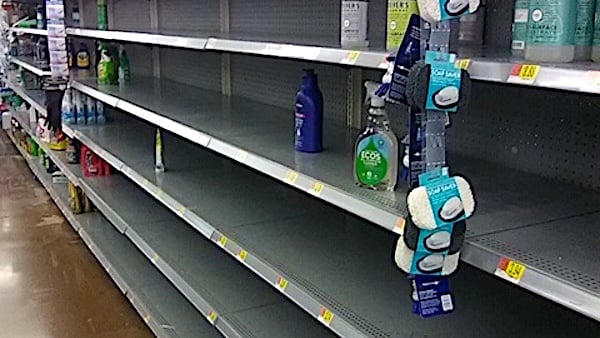 "In the long run we are certainly going to hit the wall," he said in an interview Monday with CNBC.

"If you look around you, you see inflation all around you, and I don't know how you deal with that in the long term."

Icahn, a former special adviser to the president on regulatory reform, said he won't predict the timing. But he believes the market eventually will pay a price for the trillions of dollars in stimulus unleashed by the Federal Reserve and Congress in response to the COVID-19 pandemic.

CNBC noted that amid an open-ended quantitative easing program, the central bank's balance sheet swelled by more than $3 trillion.

The government, meanwhile, has authorized $5 trillion in COVID rescue and stimulus money.

Personal consumption spending — the statistic used by the Federal Reserve to set its inflation rate targets — rose by $130.5 billion dollars in August. That's a 4.3% hike, year-over-year, in the Personal Consumption Expenditures Price Index.

The cost-of-living adjustment set by the Social Security Administration has reached a level not seen since early in President Jimmy Carter's administration. It will rise 5.9% for 2022, matching the level set in 1977.

Meanwhile, shortages of workers and supplies amid the global supply-chain meltdown are plaguing small companies as well as large corporations.

The CEO of a producer of frozen meals, Saffron Road, said he is holding extra inventory to compensate for the supply shortages.

"People are hoarding," Adnan Durrani told Bloomberg News. "What I think you'll see over the next six months, all prices will go higher."

Biden's commerce secretary, Gina Raimondo, said Tuesday in a CNN interview it should not be "assumed" that there will be more price hikes, insisting "there are pockets of improvement already."

But she acknowledged "it's tough for Americans right now to see prices going higher, goods not getting to them as quickly."

At the White House on Tuesday, press secretary Jen Psaki made light of the supply chain issues when a reporter pointed out that the problems appeared in March 2020, interrupting him with, "the tragedy of the treadmill that's delayed."