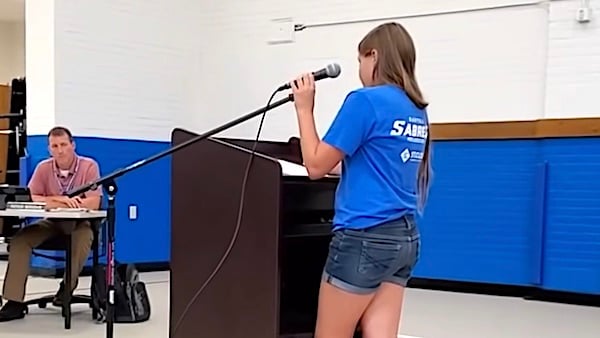 Diversity, equity and inclusion consultants are getting paid millions of dollars by public schools “to push divisive ideologies” to transform American schools “from institutions of education to places of woke indoctrination,” according to a conservative education advocacy group.

PDE sent more than 207 public records requests and received 79 responses, which revealed $19,575,169.45 worth of contracts and expenses for 122 different consultants, according to the press release.

“Parents Defending Education’s Consultant Report Card is the first of its kind, exposing the vast, insidious nature of the woke industrial complex that has infiltrated our nation’s schools. We got the receipts,” said Asra Nomani, vice president for strategy and investigations for PDE. “Our hope now is that parents continue to engage in what’s happening in their children’s schools and that enterprising reporters will seize the opportunity to dig deeper into the information provided in our report card to fully tell the story of what’s happening in our schools.”

Tune in to @TuckerCarlson tonight at 8:40 EST to see our very own @AsraNomani talk about the launch of our Consultant Report Card. https://t.co/2sXuQecRBA

PDE is a national grassroots organization that is working to expose “harmful agendas” and “indoctrination in the classroom” through “network and coalition building, investigative reporting, litigation, and engagement on local, state, and national policies,” according to its website.

The biggest contractor identified in PDE’s investigation is Panorama Education, which was paid $5,200,684.50 in districts across seven states in the U.S., according to contracts obtained by PDE.

Co-founder Aaron Feuer called Panorama an “education analytics company,” which he co-founded with David Carel, John Gerlach and Xan Tanner, according to a 2013 article in the Yale Scientific.

Questions on the Panorama Education survey include “How confident are you that students at your school can have honest conversations with each other about race?” and “How often do you think about what someone of a different race, ethnicity, or culture experiences?” the Daily Caller News Foundation previously reported.

Attorney General Merrick Garland issued an Oct. 4 memorandum that called on the FBI to “use its authority” against parents who threaten or use violence against public school officials, citing a “disturbing spike in harassment, intimidation, and threats of violence against school administrators, board members, teachers, and staff.”

Despite his claim that there are “no conflicts of interest,” Garland is under fire for his personal stake in the allegedly pro-CRT Panorama Education, which was co-founded by his son-in-law, Xan Tanner.

Nomani said PDE’s goal with the investigation is to give parents the information they need to fight for transparency from school administrators and district officials about how taxpayer money is being spent.

“What we found in our investigation is that this network of consultants has been operating in our schools for years and continues to grow, flying in the face of what so many in the media and education establishment insisted was not happening in our schools,” Nomani said.

Another contract uncovered in the “Consultant Report Card,” shows a $23,550 agreement between Logan Consulting Services and the Evanston Skokie School District in Illinois for a “Project ‘N’ Word Curriculum” initiative to teach students about the “‘N’ word.”

The second most profitable company behind Panorama Education is the National Equity Project (NEP), which has been paid $2,879,655 by various districts, schools, organizations, government entities and foundations, including the Bill & Melinda Gates Foundation, Teach for America and the W.K. Kellogg Foundation.

NEP’s Black Teacher Project works to “reimagine schools as communities of liberated learning” and “create equitable systems and structures that challenge and disrupt the status quo,” according to its website. Its “primary work is affinity-based peer spaces that address Black teachers’ intersecting identities and leadership needs.”

Pacific Educational Group Inc. has made $1,971,673.45 from work at school districts in 19 states and the District of Columbia by selling seminars, coaching and consultation to “identify equitable solutions as well as existing areas of interrogation that they may not have considered” and “redesigning practices and policies to create a more racially equitable, diverse and inclusive space.”

Nearly two million dollars in contracts was shown for Newsela Inc., which aggregates and curates the news for school districts to subscribe to and distribute content that is often used to promote an “activist and social justice perspective,” according to PDE.

Akoben LLC has made $833,605.50 off of contracts for workshops, consulting and speaking arrangements, which parents have criticized as “politicizing education, fomenting students to become activists and ‘disruptors,'” according to PDE.

HILL Pedagogies LLC, started by Gholdy Muhammad, has made $756,771 from school contracts, offering equity audits and “culturally responsive education,” according to its website.

Muhammad promoted “Historically Responsive Learning” during a Los Angeles Unified School District (LAUSD) partnership, which included CRT as a significant element to be included in lesson plans, according to PDE. She went to one school in LAUSD, where she said it wasn’t possible for a community to be “not racist.”