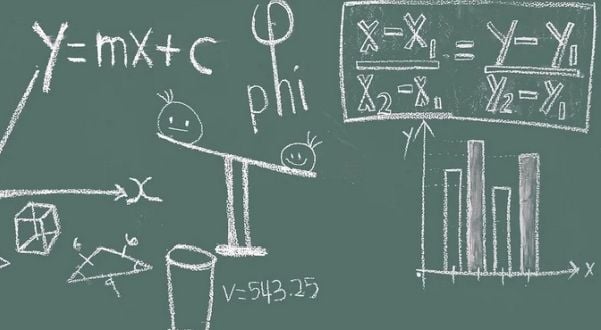 As they reel from revenue losses connected to the pandemic, many colleges and universities are racking up other costs not likely to turn up in their glossy brochures or as line items on staggering tuition bills: untold millions of dollars in legal fees and settlements for allegedly violating the rights of students, professors, and applicants on free speech, admissions and other matters as the schools pursue social justice causes.

Harvard University’s legal costs fighting a continuing 2017 challenge to its racial admissions practices have surpassed $25 million, the cap of its primary insurer, and it is now suing a secondary legal insurer, the Zurich American Insurance Company, over its refusal to pick up the tab going forward.

The University of North Carolina at Chapel Hill had spent more than $16.8 million by the end of 2018, and its costs have only grown as it, like Harvard, continues defending admissions policies allegedly favoring blacks and Hispanics over whites and Asians.

Challenges to alleged free-speech violations, which have plagued universities for decades, continue to grow with a heightened grievance culture.

The University of California San Diego in 2019 paid nearly $1 million after a four-year court fight over its  move to defund student media because of a school newspaper piece satirizing “safe spaces.”

Cases of male students and others challenging sexual misconduct and harassment charges cost colleges an average of $187,000 each to defend, said Ed Bartlett, president of Stop Abusive and Violent Environments (SAVE), a group that advocates due process for those accused under Title IX, the federal law barring sex discrimination. In cases where the schools lose, he said, the average settlement imposed is $750,000, bringing the annual cost to $41 million for universities.

Bartlett and others say courtroom challenges over First Amendment rights, alleged Title IX violations, admissions standards and perceived cultural protocol miscues reflect an aggressive effort by schools to enforce disputed social policies and the growing influence of administrators who carry them out.

The number of administrators has exploded since the late 1990s, prompting many in and outside of academe to blame “administrative bloat” for the legal trouble. Bureaucrats now outnumber faculty 2 to 1 at public universities, double the ratio in the 1970s.

Onerous federal requirements have played a role in the administrative growth. Compliance with safety measures, Title IX, diversity, NCAA rules, accreditation and health mandates all take an army of paper-pushers and more to stay in compliance.

Management of department operations at colleges and universities at one time was part of the job of tenured faculty, who served on committees that ranged from curriculum to career advice.

“Administrators are now making key decisions, many outside the scope of faculty,” said Keith Whittington, who chairs the Academic Freedom Alliance, a group started this year to provide legal assistance to faculty facing problems related to First Amendment issues. “These are people less sympathetic to academic freedom concerns, and many have no idea of academic freedom.”

Mired in policy that leaves universities increasingly legally and financially exposed, administrators are sometimes seen as driving schools in the wrong direction.

College shutdowns afforded people plenty of time to dig into other people’s backgrounds through social media, finding old posts that gave them a reason to complain to administrators.

But even before the virus, schools caved in the face of hot-button cases in which some party or other felt threatened.

“Calling this to the attention of administrators, who are risk averse, means finding a way to punish this, and that’s usually through censorship,” Steinbaugh said.

The University of California’s Berkley campus in 2018 settled a lawsuit with a conservative student group that battled tougher rules and “security fees” levied on right-leaning speakers on campus. As part of the settlement, the university paid $70,000 to cover the plaintiff’s legal fees, in addition to its own legal costs.

Cal Poly’s Pomona campus paid $35,000 in legal fees to a plaintiff and its own legal costs before it agreed to beef up its weak free speech policies in 2015. The lawsuit was filed after two administrators refused to consider a complaint from a student who wanted to hand out flyers promoting veganism.

Iowa State University paid nearly $1 million over the course of four years as it fought a free speech case, ending in 2018 when a judge ordered the school to pay $600,000 in damages to two plaintiffs (part of the $1 million. They had used the school’s logo on a shirt advocating marijuana law reform.

Speech Codes Over the Constitution

In some cases, administrators acknowledge that they understand the Constitution, yet insist college speech codes take precedence.

At the University of Iowa, Business Leaders in Christ, a Christian group, was denied access to on-campus facilities because in its mission statement it defined marriage as a relationship between a man and a woman.

In a deposition, Bill Nelson, an associate dean at the university, acknowledged that suppressing speech proclaiming a belief in traditional marriage would be a violation of the First Amendment. But at the same time, allowing the speech violated the school’s human rights policy.

“Right. … I am getting myself very confused,” said Nelson, who later asked for a break because he was experiencing “anxiety.”

Nelson, who did not respond to an email seeking an interview, has been with the university as an administrator for 18 years.

Tens of thousands of dollars in legal fees later, Business Leaders in Christ prevailed in the case.

Resistance from schools to settle cases, despite awareness of laws that prohibit selective censorship, results in longer court cases and higher legal expenses.

The fees can be lofty, particularly when universities retain the same corporate counsel that Fortune 500 companies or other large private groups use.

Colleges can go to a local firm for a fraction of that, said a person close to the admissions lawsuits. “But they retain the best and spend a fortune.”

With higher education reeling from the pandemic, schools have imposed hiring freezes, budget cuts and layoffs, while pleading for more state and federal funding, even as they spend money fighting often-preventable lawsuits.

Last year’s $2.2 trillion coronavirus relief package included $14 billion to universities and another $39.6 billion in funding was added in a subsequent measure earlier this year.  But many schools say that isn't enough.

In February, school leaders from Iowa’s public universities lobbied for more money from the state legislature, insisting state funding cuts along with the pandemic have left the schools in a financial pinch.

Universities have implemented a variety to ways to try and stem or manage legal costs. They call in consultants who advise administrators on how to handle Title IX situations and other challenges to policies.

It’s hard to tell if these consultants and policies have any effect, but “there is a free speech policy that applies to universities already,” said Eric Baxter, senior counsel for the Becket Fund for Religious Liberty, a law firm that has won several cases against universities.