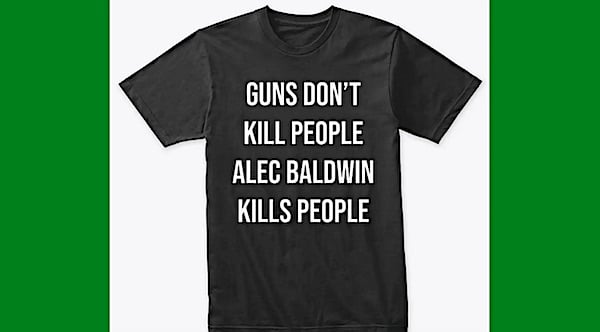 Donald Trump Jr. is firing shots, at least verbal ones, at Alec Baldwin in the wake of a fatal shooting involving the actor and anti-gun activist last week on the set of his latest movie.

The son of the former president is reportedly marketing shirts emblazoned with an all capital letters message of: "GUNS DON'T KILL PEOPLE, ALEC BALDWIN KILLS PEOPLE."

The shirts debuted on ShopDonJr.com selling for $27.99 and up depending on size, but as of midday Tuesday, the link to the purchase page leads to an error page, sparking speculation the shirt may no longer be available.

Baldwin pulled the trigger on a prop gun last Thursday on the set of "Rust" outside Santa Fe, New Mexico, resulting in the death of cinematographer Halyna Hutchins and injuries to the film's director.

In the wake of the tragedy, Trump took to Instagram to post a series of memes and comments, including one featuring Homer Simpson wearing a sign stating: "Let's all watch Alec Baldwin blame the gun." Its caption noted: "It's only a matter of time." 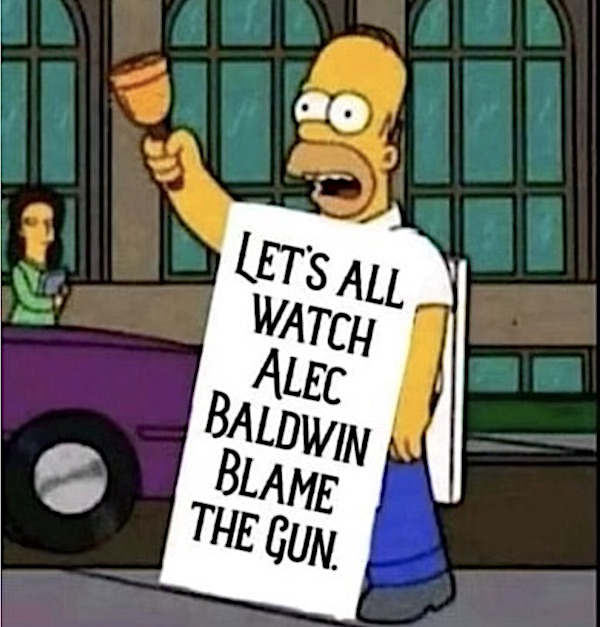 Another featured a photo of Baldwin, with the message: "That look when an anti gun nut kills more people with a gun than your extensive firearm collection ever has." 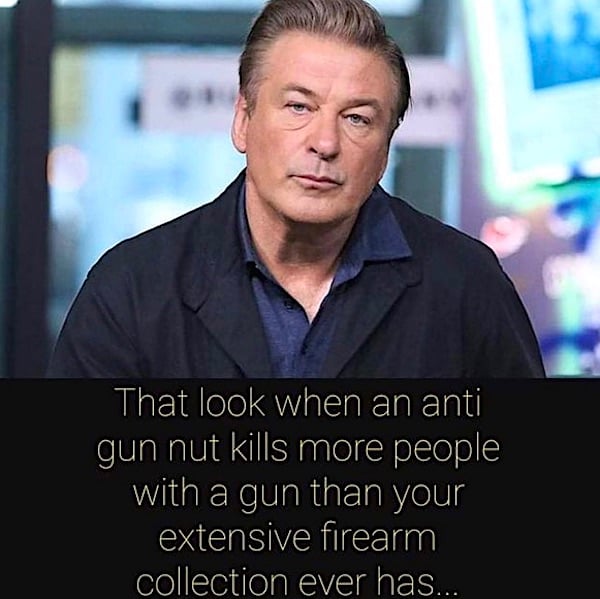 Vanity Fair writer Bess Levin took aim at Trump's targeting of Baldwin, indicating Don Jr. has "been gunning to succeed his father as the biggest a**hole on Twitter." 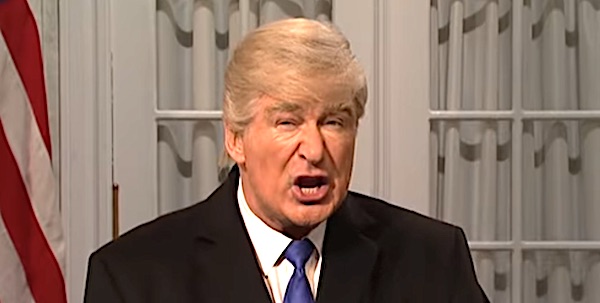 Fred Guttenberg, whose daughter Jaime was killed in the Parkland, Florida, school shooting in 2018, scorched Don Jr. on Twitter, saying: "Someone died in this accident. She was a mother, wife, and daughter. I know how her family feels. The only thing I want to say to that scum of the earth @DonaldJTrumpJr is you clearly are your fathers son. Never has there been a more miserable family."

Someone died in this accident. She was a mother, wife, and daughter. I know how her family feels. The only thing I want to say to that scum of the earth @DonaldJTrumpJr is you clearly are your fathers son. Never has there been a more miserable family.https://t.co/4zJFL5yoey

Trump Jr. responded on Instagram to his critics, saying: "For those who are out there doing the fake sanctimony about leaving Alec Baldwin alone let's all remember that Alec Baldwin would be the first person pissing on everyone's grave if the shoes were on the other foot. Screw him!"