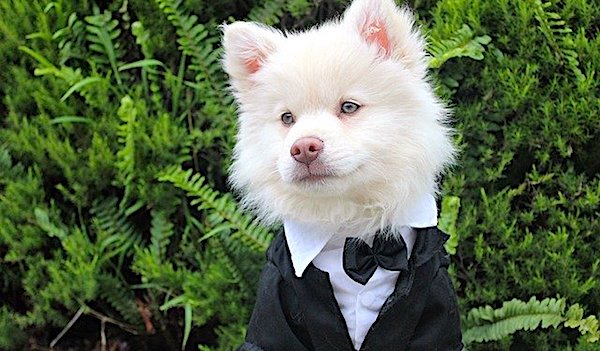 (Image by Spiritze from Pixabay)

Dr. Anthony Fauci, Joe Biden's top COVID-19 adviser whose reputation is in tatters after he argued that people who disagreed with him were rejecting the "truth" then flip-flopped over and over on the issue of masks and claimed he didn't fund "gain-of-function" research on viruses when documents reveal that did happen, is now under attack for funding research that killed puppies.

According to Fox News, U.S. Rep. Nancy Mace, R-S.C., has dispatched a letter to Fauci – and the National Institutes of Health – demanding answers on how tax money was used "to subject dogs to abusive testing."

"Yesterday, I sent a letter to Dr. Fauci regarding cruel, taxpayer-funded experiments on puppies; debarking before drugging and killing them," she said on social media.

"Thankful to my 23 democrat and republican colleagues who signed on. This is disgusting. What say you @NIH."

It was in a report from the White Coat Waste Project, based on a Freedom of Information Act procedure involving the Fauci-led National Institutes of Allergy & Infectious Diseases, that revealed more than $400,000 in taxpayer money was "spent on canine experiments during which beagles were infected with parasites via biting flies," Fox News explained.

Reportedly, the experiments were on healthy dogs that were given "experimental medication" and then exposed to biting flies that were carrying a parasite known to be contagious to humans.

Fauci has been an avid supporter of the experimental COVID-19 vaccines allowed for use on humans since they were developed in response to the pandemic that has killed hundreds of thousands of Americans under Biden's management.

"A new report shows that under Fauci's direction, the [NIAID] funded painful and deadly experiments on dogs," Fox News’ Ben Domenech reported in August, adding that records obtained by White Coat Waste show the dogs "endured months of pain, and once researchers were done with them, they were killed."

Mace told Fox News "using taxpayer money to de-bark, drug and kill beagle puppies is both inhumane and a disgrace to this country."

"The $1.68 million of taxpayer funds to force-feed and/or inject dozens of beagle puppies with experimental drugs is unnecessarily brutal and gruesome. Dr. Fauci and the rest of the NIH leadership should come forward and explain what the hell is truly going on," Mace charged.

Subjecting "man's best friend" to painful and deadly experiments wasn't going over well with many who are active on social media, with widespread condemnation for the situation.

The New York Post explained the funding from the NIH went to a lab in Tunisia "to torture and kill dozens of eagle puppies for twisted scientific experiments."

Becker News characterized the experiments on dogs as "heinous" and "ethically dubious."

"Our investigators show that Fauci’s NIH division shipped part of a $375,800 grant to a lab in Tunisia to drug beagles and lock their heads in mesh cages filled with hungry sand flies so that the insects could eat them alive," White Coat Waste reported. "They also locked beagles alone in cages in the desert overnight for nine consecutive nights to use them as bait to attract infectious sand flies."

The House members who wrote Fauci want him to respond to allegations by White Coat Waste.

Bob Unruh
Bob Unruh joined WND in 2006 after nearly three decades with the Associated Press, as well as several Upper Midwest newspapers, where he covered everything from legislative battles and sports to tornadoes and homicidal survivalists. He is also a photographer whose scenic work has been used commercially.
Gordon Chang: It's time to take Olympics away from China
Company involved in Mississippi abortion case 'a danger'
Dangerous gap in system to make sure foreign truck drivers in U.S. are safe
Is it legal to ban real estate love letters?
Dems make stunning admission: Entire brand suddenly 'a wreck'
See more...
IMPORTANT NOTE TO WND COMMENTERS: Due to threatened Big Tech de-monetization, we have temporarily removed commenting while we take a week or two to enable our tech team to build a long-term commenting solution that will allow you to continue to voice your opinions freely, while also allowing us to continue to publish the news fearlessly and cover topics of vital importance to our nation. So stay tuned. Commenting will be back – soon. In the meantime, if you would like to partner with WND to help us continue publishing while under relentless assault by Big Tech, please visit our WND Insider page for an ad-free reading experience, and also consider donating to the nonprofit WND News Center. Thanks for your loyalty and understanding.