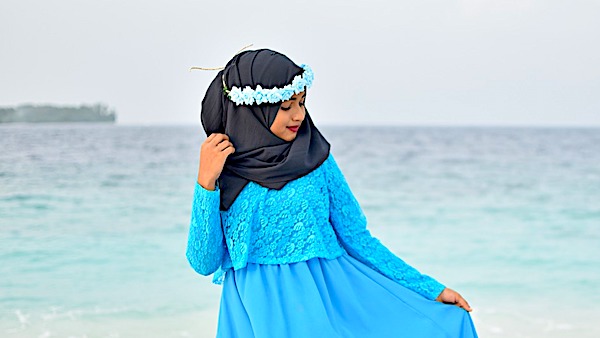 The world is still deciding how to react to Afghanistan.

On Wednesday, the Taliban's international PR team were delivered a slither of hope for their international standing when the UK's special representative on Afghanistan met their acting foreign minister at their headquarters in Kabul. The Taliban's spokesperson heralded a "new chapter of constructive relations." The UK, more cautiously, called the meeting a "test" as to whether pragmatic engagement could take place. The treatment of minorities, women, and girls, naturally, was high on the agenda.

The wheels of the UK's diplomatic plane had barely lifted from the tarmac, however, when the UN tempered any untethered optimism of the Taliban with a dose of pragmatism. The UN Human Rights Council adopted a resolution on Thursday explicitly calling on countries to alter their engagement with the extremist regime dependent on respect for human rights – with religious freedom signaled amongst the primary concerns.

It's a big moment diplomatically. And it was hard won by the persistent asks of a coalition of human rights organizations. It's the first time since the beginning of the crisis that a UN resolution has specifically mentioned freedom of religion in the context of Afghanistan. By comparison, one of the early reactive resolutions was deemed "more of an insult to the Afghan people than a response to the crisis," failing to mention the Taliban by name and call them out for specific abuses.

Religious freedom has had less attention in Western coverage of the Afghan tragedy than other human rights. But it lies at the very heart of many of the egregious violations causing Afghans to fear for their lives. Refugees have spoken out about the grave danger posed to young teenage girls who are forcibly "married" for the purposes of changing their personal faith and being "returned to Islam." The Taliban have denied the allegations. But a written declaration of the "Cultural Commission of the Islamic Emirate of Afghanistan" in August announced plans to "eradicate the ignorance of irreligion" by ordering girls as young as 15 to be handed over for "the religious marriage of the mujahideen" in order to "learn pure Islamic lessons and accept Islam."

One can hardly imagine the terror. But the concept of forced marriage for forced "conversion" is, tragically, not isolated to Afghanistan. For years, this problem has spilled across South Asia, with young girls abducted from their homes and villages to be forcibly married and "converted" from their faith. In many cases, a girl's family then tries to file a "First Information Report" for the abduction or rape at the local police station. Here they are met with a hostile police administration that often refuses to register complaints. In cases where the parent can have the complaint registered, the police often fail to rescue the girl. And so the cycle repeats.

Maira, at age 14, has become the face of a thousand girls facing this atrocity. She was abducted away from her Christian family while travelling to school one morning in her home of Pakistan. Maira is one of 1,000 girls from religious minorities every year who are forcibly married in Pakistan for the purposes of "conversion." But her story bears one difference from the norm – she escaped. Now in hiding with her family having fled her abuser "husband," Maira's legal team, supported by human rights group ADF International, are fighting to annul her faux-marriage certificate so that she can live openly again with her parents.

It's time indeed for the world to decide how to react to the Taliban. And the UN can help shape the way, as it has indicated. But the world also needs to react to ongoing violations of fundamental freedoms in the region on the basis of faith, such as in the case of Maira.

Today marks the UN International Day of the Girl Child. Maira's team is putting the UN's soft global norm-shaping tools to good use this week by calling on the public to raise the profile of her story. The public are invited to wear green in her honor, use the hashtag #endforcedmarriage, and sign an open letter to the Prime Minister of Pakistan. The voices of a few can be heard loudly when partnered with an international will to uphold religious freedom.

Maira's case for freedom could set a precedent for a thousand others. These girls are waiting on the world to act.