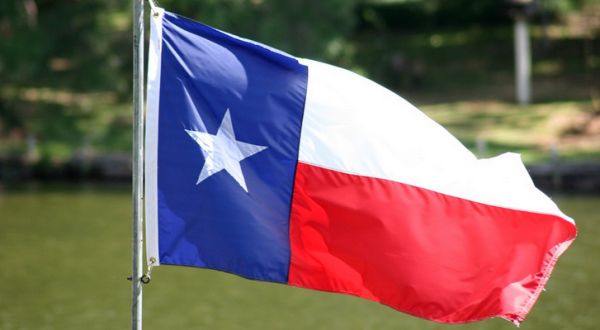 A herd of frivolous lawsuits is stampeding across Texas.

These lawsuits are meritless and attempt to create division in a state known for standing together — and Texans should stand together in support of SB 1.

It’s no wonder that so many of these lawsuits have been popping up all over the country. Suing states that pass commonsense election integrity laws is a lucrative business for lawyers like Marc Elias, one of the attorneys leading this attack against Texas.

Since March 2021, Elias has filed several similar lawsuits — all unsuccessful — across the country. Elias was the former General Counsel to Hillary Clinton, and this past spring, the Fifth Circuit sanctioned him for violating his “duty of candor to the court” in another case involving Texas election law.

He’s been back in the news given his ties to former Clinton campaign lawyer Michael Sussman, who was indicted last week for providing false statements to investigators examining Sussman’s alleged effort to push the false Russia collusion claim during the 2016 presidential election cycle.

Given this background, it’s difficult to take seriously the outrageous and reckless claims made against SB 1, but with media and political pundits echoing and amplifying these claims as if they were established fact, an alternative perspective is needed.

Let’s look at three of the lawsuits’ many flawed arguments.

First, the lawsuits claim that SB 1 will prevent voters with disabilities from receiving assistance when voting, and that it fails to provide a reasonable accommodation for these voters. This is untrue in both respects.

SB 1 also protects against manipulation by partisan ballot harvesters by requiring those who assist others to submit a form identifying themselves, their relationship to the voter, and other pertinent info to discourage abuse. Voters with disabilities are neither discouraged nor inhibited from voting.

Given Texas’s history of election fraud, these protections are warranted.

In 2015, the Federal Bureau of Investigation investigated vote stealing by ballot harvesters in the Rio Grande Valley of South Texas, resulting in several convictions on charges of election fraud. As it turns out, some ballot harvesters were bribing voters with beer, cigarettes, or drugs, and others were fraudulently manipulating mail-in ballots.

Second, the lawsuits claim that the state interests do not justify the various measures imposed by SB 1.

The purpose of election reform isn’t only to stop fraud, but also to make elections more efficient and consistent, protect the secrecy of the ballot, promote voter access, and to inspire confidence in the electorate. SB 1 promotes all these compelling state interests without creating unreasonable burdens for voters.

Third, the lawsuits make the unsubstantiated claim that SB 1 was passed with a racist intent to suppress the votes of persons of color.

The lawsuits instead rely on historic allusions dating back to the civil rights movement, and in some cases, even back to the Civil War. The plaintiffs fail to provide evidence that even a single lawmaker — let alone the entire legislature — acted with racist intent when passing SB 1.

This claim also relies on a racist presumption that voters of color are somehow less capable than white voters of understanding and following election rules and deadlines — an ugly irony and hypocrisy.

Texans should be proud of their leaders for the courage they continually display. All Texans, regardless of race or political affiliation, should stand together in support of SB 1 and tell these D.C.- and New York-based law firms to take their herd of frivolous lawsuits elsewhere.

Stewart Whitson is a Legal Affairs Fellow at the Foundation or Government Accountability.