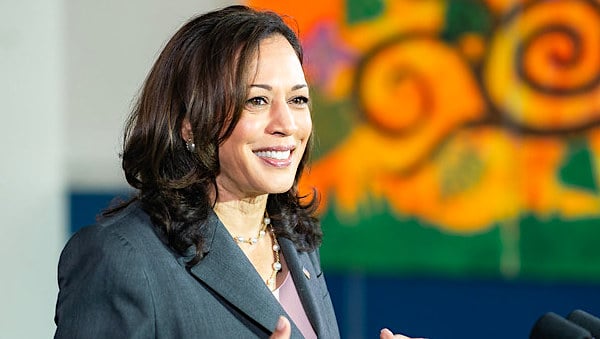 Vice President Kamala Harris' affirmation of a university student who accused Israel of "ethnic genocide" was featured by the social media account for the Iranian state television channel Press TV.

The female student at George Mason University in Virginia, who described herself as part-Yemeni, part-Iranian and “not an American,” told Harris during a Q&A session on the campus that she was “hurt” by the U.S.’s decision to fund Israel's Iron Dome missile defense system.

She said U.S. policy decisions, such as funding Saudi Arabia and Israel, affect her life “every day.”

“I see that over the summer, there have been protests and demonstrations in astronomical numbers standing with Palestine,” the student said. “But then, just a few days ago, there were funds allocated to continue backing Israel, which hurts my heart because it’s ethnic genocide and displacement of people, the same that happened in America, and I’m sure you’re aware of this.”

The student said the Americans who are struggling with a lack of health care and affordable housing is partly because money is going “to inflaming Israel and backing Saudi Arabia and what-not.”

Harris said that she was “glad” the student spoke up.

“This is about the fact that your voice, your perspective, your experience, your truth, should not be suppressed and it must be heard, right? And one of the things we’re fighting for in a democracy, right?”

David Friedman, who was President Trump's ambassador to Israel, called Harris’ reply to the student an "attack" on the Jewish state.

“Shameful. There is truth and their are lies [sic]. No one is entitled to their personal truth. This attack on Israel is simply a lie and VPOTUS should have called that out,” he wrote.