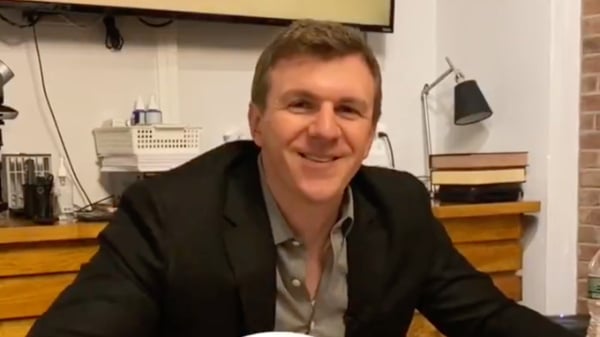 Investigative journalist James O'Keefe, whose Project Veritas has taken on and revealed the hidden secrets of social-media giants and politicians alike, is fighting back after a judge ruled in a lawsuit over one of his sting investigations that his work can be described as "political spying."

He called it a "fair characterization."

The case is over a project in 2016 in which Allison Maass, who worked for Project Veritas, took an internship at Democracy Partners under another identity.

She was secretly recording staff members there and relaying their comments to Project Veritas.

Eventually, the undercover journalists released a series of videos and that prompted Democracy Partners founder Robert Creamer to step down from the Hillary Clinton campaign.

WND reported at the time the video revealed Creamer being credited with ideas for affecting voters' opinions.

The Federal Elections Commission was asked to investigate the evidence in the videos, which show Democratic operatives not only explaining how they were trying to influence the presidential election by manipulating the vote but boasting about it.

Creamer and Democracy Partners then sued Project Veritas in 2017.

The case finally is coming to trial, scheduled for December, and O'Keefe's lawyers objected to the plaintiffs describing Project Veritas' work as "political spying."

The MSN report noted that requiring trial participants to describe O'Keefe's work as undercover journalism "would likely make it easier at trial for Project Veritas to claim their activities were protected under the First Amendment."

The judge also said Democracy Partners' lawyers can introduce in the case their information that O'Keefe met with then-candidate Donald Trump in 2016.

According to the Daily Beast, the plaintiffs also will be allowed to present video of conservative activist Laura Loomer, then a Project Veritas worker, "hitting a pinata shaped like Hillary Clinton."