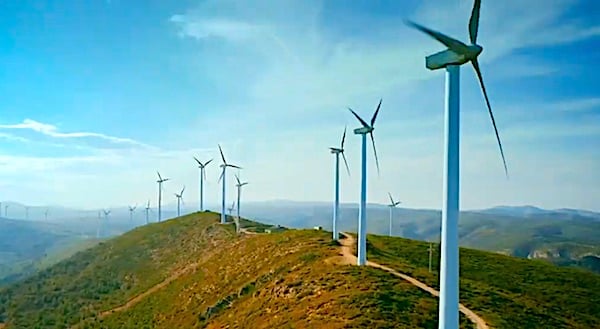 The festive season this year remains shrouded in pandemic uncertainty, with many Americans weary about making travel or financial commitments. Unfortunately, one near certainty is higher natural gas prices. Moreover, the bitter icing on the Christmas cake could be higher greenhouse gas emissions due to a fallback on coal-powered energy. To stave off a cold, coal Christmas, President Biden needs to fix his half-baked energy agenda.

Due to high demand and a shortage of supply, this winter the federal Energy Information (EIA) Administration predicts that natural gas prices will reach heights not seen since 2008. Exports of American liquified natural gas are surging, but production isn’t keeping pace and domestic stockpiles are running down. As the EIA warns, a sudden cold snap in part of the country could tear through that increasingly thin buffer stock and drive prices even higher.

The EIA’s warning is just the latest symptom of the Biden administration’s botched green energy policy. A majority of Americans want to see further federal action to address climate change. But rather than an energy transition, President Biden is actively driving the American economy off an energy cliff. A transition would be akin to moving from one source of energy (such as fossil fuels) to another (such as renewables). To push Americans away from fossil fuels, Biden is doing his best to hinder the American oil and gas industry. The problem is that the future sources of energy—such as solar, wind, or hydrogen—aren’t sufficiently developed yet to meet America’s energy demand. The Democrats’ reconciliation bill and promised renewable infrastructure boom remain in congressional limbo. In the interim, outdated regulations are hindering renewable buildout.

But Biden’s botched transition is not limited to the White House or Congress. Rather, the administrative state is actively sending mixed signals and sowing confusion around the natural gas industry. For example, in March the Federal Energy Regulatory Commission (FERC) began to consider greenhouse gas emissions as part of its interstate natural gas pipeline permitting process. By May, however, FERC had already backflipped on the procedure by analyzing the greenhouse emissions of two pipeline projects “for informational purposes only.”

In between these two decisions, the Commission solicited public input on whether it should overhaul its certification process. Among other questions, FERC asked if international climate agreements should be considered when certifying domestic pipelines, or how FERC should identify minority or low income “environmental justice communities.” Without a hint of irony, Chairman Richard Glick recently suggested that he was concerned that FERC decisions were creating uncertainty for developers because they were not rigorous enough to withstand legal attacks. Potentially denying permits due to vague international climate pledges or social justice metrics offers little promise of certainty.

But what if natural gas hadn’t been available in 2021? Analyzing the Texas grid regulators’ daily data from February 12th-18th, during which Uri struck, the difference between wind power’s highest and lowest generation was a 65% reduction. Solar generation was similarly down by 71% from its peak to its trough. By comparison, power generation from coal only fell by 33%. Even using generous day-by-day data, which overlooks unflattering hours for renewables when the sun doesn’t shine or the wind doesn’t blow, high emissions coal was comparatively resilient during Uri. If natural gas is unavailable or too expensive this winter, coal may pick up the slack.

In principle, President Biden’s concern for the environment mirrors the concerns of a majority of American consumers about climate change. But his administration needs to devise solutions before it creates self-inflicted problems. Whether it be high energy bills for consumers or a greater reliance upon dirty energy sources, Biden’s poor choices during the year are building up into an unwelcome December surprise.

Oliver McPherson-Smith writes for the American Consumer Institute, a nonprofit educational and research organization. For more information about the Institute, visit www.TheAmericanConsumer.Org or follow us on Twitter @ConsumerPal