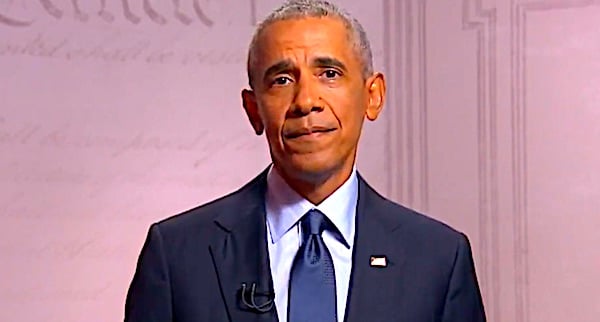 By Will Flanders
Real Clear Education

Despite running a campaign on a “return to normal,” Joe Biden presides over an administration pushing a radical “equity” agenda that uses the federal government and federal funding to right perceived wrongs. The administration had intended to distribute COVID relief on the basis of race before courts put a stop to it. And now it is preparing to get involved in local public school discipline, aiming to impose policies that address racial disparities.

During the Obama years, the Office of Civil Rights (OCR) at the Department of Education confronted school districts around the country with civil rights complaints. The investigations centered on “disparate impact” as regards school discipline – that is, any racially unrepresentative outcome would be considered evidence of racism. Districts were strong-armed into making deals with the federal government, and new policies were adopted to suspend fewer students. At least 400 school districts serving more than 10 million students were subjected to such agreements.

In Milwaukee, a four-year investigation resulted in one of these arrangements in 2018. A new analysis from the Wisconsin Institute for Law & Liberty finds that Milwaukee Public Schools saw suspension rates plummet, for all students, after 2018. But that decline also corresponded with deeply troubling trends: surveys of students by the University of Wisconsin-Milwaukee showed that, as suspension rates for African-American students went down, student reports of feeling less safe went up. And with the black school-age population heavily concentrated in certain MPS schools, it is black students who are reporting that they don’t feel safe.

This represents critical evidence that federal interventions in school discipline are having unintended consequences. Districts can suspend fewer students to comply with the federal government’s demands, but their students and teachers report feeling unsafe. This reality is consistent with a Fordham Institute poll from 2019, where nearly 85% of teachers stated that suspensions can be a useful tool for students with discipline problems. Numerous reports suggested that violence against teachers was being tolerated, with the offending student returning to the classroom unpunished.

Student safety can also have important implications for learning. When students don’t feel safe in school, retaining information takes a backseat. In light of the persistent racial achievement gap in the United States, lax school-discipline policies work against the goal of helping minority students.

The Trump administration rolled back many of these Obama-era policies starting in 2018. But the Biden administration appears ready to reimplement them and may even go further. President Biden nominated Catherine Lhamon to head the OCR, the same position she held in the Obama administration, where she spearheaded the initiative to insert the federal government into school discipline policy. Lhamon has telegraphed her intentions for her second tenure in the position, saying, “I’m deeply worried about the kinds of discrimination that may be allowed to proliferate if there’s not an effective and meaningful civil rights backstop.”

In June, the Department of Education requested public comment on how to best “support and build schools’ capacity to promote positive, inclusive, safe, and supportive school climates in a nondiscriminatory manner.” This seemingly innocuous request may signal that the administration is ready to ramp up its actions against schools showing disparities in suspension rates by race.

School discipline and school safety hang in a delicate balance. In Milwaukee, the evidence shows that the imposition of top-down policies to meet racial quotas is endangering students and teachers. Before the Biden administration repeats the playbook from the Obama era on school discipline, it ought to take note of the unintended consequences. If it doesn’t, maybe Congress will.

Will Flanders is the research director at the Wisconsin Institute for Law & Liberty.