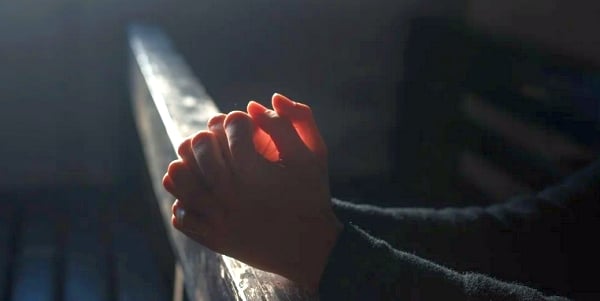 A police officer from Louisville, Kentucky, is suing the mayor, police chief and his police department for "persecuting" him over an off-duty prayer at an abortion industry business, according to officials with the Thomas More Society.

Senior Counsel Matt Heffron explained that officer Matthew Schrenger participated in "a quiet, off-duty prayer, on a public sidewalk," and as a result was "stripped of his police powers, and placed under investigation," part of a suspension that lasted four months.

The society is representing Schrenger in his case filed in federal court that charges the city of Louisville and the Louisville Metro Police Department with violations of the officer's constitutional and civil rights.

"No one should be treated the way the Louisville police chief and city government treated one of their finest, but it’s particularly awful because they punished him for praying, of all things…and while off duty, no less," Heffron said.

It was last February 1 about 6 a.m., long before sunrise, when Schrenger joined his father for private prayer on a public sidewalk. Schrenger was not on duty at the time of the prayer. The sidewalk was located outside of an abortion facility, the EMW Women’s Surgical Center.

He later reported for his scheduled duty, but within hours was locked out of his work computers, relieved of his police vehicle, and removed from the patrol schedule – all for an investigation of his off-duty action.

Later, the police agency admitted that not one of the claims against him could be sustained, but even so, it was still weeks later before his case was ended.

"It is astounding to those of us defending him – shocking actually – that the police department would treat a loyal, hard-working officer this way," said Heffron.

"It’s particularly interesting that while Officer Schrenger did not engage in any political protest on duty and did not display his uniform, he was treated very differently than other similarly situated Louisville Metro Police Department officers who had undeniably engaged in true political protest and activism," recounted Heffron.

The lawyer explained that other Louisville officers, in uniform and apparently on duty, had publicly "marched in an LGBT parade and participated in Black Lives Matter protests."

"Officer Schrenger is a 13-year Louisville police veteran," added Blaine Blood, a Louisville employment attorney who filed the case along with Heffron. "He has received multiple commendations, and there were no significant previous complaints against him. He and his wife have four young children to support."

The officer's lawyers said it was the abortion business "that manufactured the situation, blew it up with intentionally negative publicity, and egged on the city government…"

Defendants include Police Chief Erika Shields, the Louisville Metro Police Department, Mayor Greg Fischer, and the city of Louisville, Kentucky. It charges them with violations of the Free Exercise Clause and Free Speech Clause of the First Amendment and the Equal Protection Clause of the Fourteenth Amendment to the United State Constitution, Title VII of the Civil Rights Act of 1964 as Amended, and the Kentucky Civil Rights Act.

Heffron explained the real reason for the case was that "certain city" officials have no tolerance for the officer's opposition to abortion.

"Certain members of the city government publicly made it known they would not tolerate his opinion, and the police chief either agreed or perhaps just followed their lead. They thought they could get away with abusing a good officer with a four-month suspension without any reasonable basis," Heffron said.