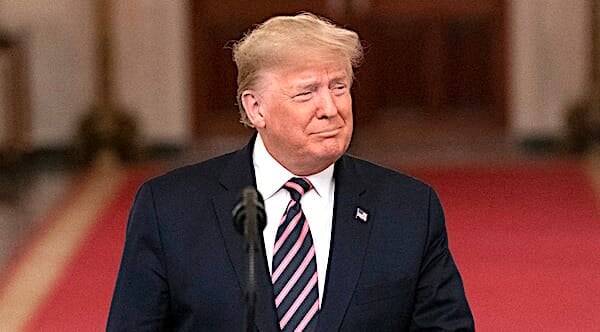 The poll from the Media Research Center, working with McLaughlin & Associates, reveals that more than half of the respondents blame Big Tech for interfering in the 2020 presidential election.

It was, in fact, the MRC that documented through its polling shortly after the 2020 election that nearly one-third of voters who chose Joe Biden were not aware of the evidence linking the former vice president to corrupt financial dealings with China and other nations through his son. Hunter. Had they known, according to the survey, President Trump would have won at least 289 Electoral College votes.

The national survey of 1,000 likely voters was done October 14-18 and estimated awareness of and attitudes toward the Hunter Biden email scandal and its resulting censorship on social media platforms, as reported by the New York Post last year.

The MRC reported the results revealed:

_The majority of voters were familiar with the Hunter Biden-Burisma email story, 54% - 37%.

_Nearly one-third of voters believed the story was part of a Russian Disinformation campaign, 30% - 45%.

_Nearly half of the respondents believed it was not appropriate for Big Tech to block the Hunter Biden email story, 49% - 37%.

_The majority of voters were not aware that Politico recently confirmed the authenticity of the emails, 55% - 34%.

That all means that, "given its confirmed authenticity, the majority believe Big Tech’s censorship of the Hunter Biden email story constitutes election interference, 52%-32%. "

The MRC's full results were published at its news arm, Newsbusters.

There it explains, "The Post uncovered emails indicating that then-candidate Joe Biden’s son, Hunter Biden, 'pursued lucrative deals involving China’s largest private energy company — including one that he said would be 'interesting for me and my family.'' The story hit shortly before the 2020 election and Twitter and Facebook both took action against the Post China bombshell much like they had for a similar Hunter Biden scandal involving dealings in Ukraine. The Post account was censored, sharing the story was restricted and Twitter suspended users for even sharing the story."

Almost half, 48.2%, also said it wasn't "appropriate for Facebook and Twitter to block this story about Joe Biden from being seen by their users before the election."

At the time, a long list of left-leaning security experts and government officials wildly claimed that the reporting was Russian disinformation, and the poll showed 29.6% of Americans believed that claim.

Newsbusters reported, "In one damning poll result, 29.6 percent of those polled said that had they been aware of the 'evidence Joe Biden lied about his knowledge of his son Hunter’s overseas business dealings,' they would have been 'less likely' to vote for him. 15.6 percent of Democrats said this would have made them less likely to vote for Joe Biden."

Brent Bozell, MRC chief, said, "It is an indisputable fact that the media stole the election. The American electorate was intentionally kept in the dark. During the height of the scandal surrounding Hunter Biden’s foreign dealings, the media and the big tech companies did everything in their power to cover it up. Twitter and Facebook limited sharing of the New York Post’s reports, and the liberal media omitted it from their coverage or dismissed it as Russian disinformation."

WND also recently reported on a polling from Rasmussen Reports that revealed if they were given a second chance at Election Day, voters now would pick President Donald Trump over Joe Biden 51%-41%.

"And by a country mile."

Key was the fact that independent voters "overwhelmingly" said they would go for Trump, by 20 points.

And Democrats? Those from gaffe-plagued Joe Biden's own party? One-fifth said they'd vote for Trump.

Trump, against a Vice President Kamala Harris, would win 52%-39%.

Trump 2024 Would Beat Either Biden or Harris

One-in-five Democrats say they would vote for Trump over either Biden or Harris ... pic.twitter.com/GAIotGYAsw

Rasmussen's survey of 1,000 U.S. Likely Voters was done Sept. 21-22 and the margin of sampling error was plus or minus 3 percentage points.

The turnaround comes after Biden took office and created a crisis at the southern border by canceling President Trump's border security programs. Then there's also the Afghanistan withdrawal catastrophe where Biden left behind, to be under the thumb of terrorists in the Taliban, hundreds of Americans and thousands of Afghans who had helped the U.S. there.

And tens of billions of dollars worth of American war machinery.

Then there's inflation that's hitting all Americans in their wallets. There's his party's attempt to take over all elections. And his party's COVID mandate agenda, as well as its pro-abortion agenda.