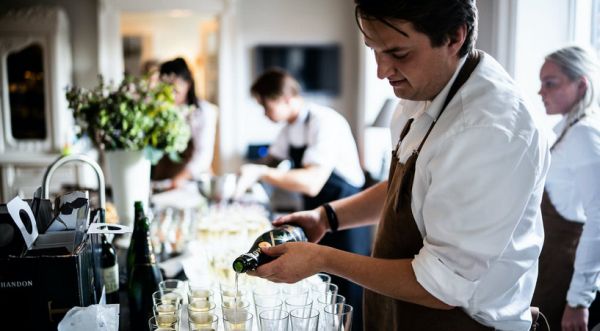 A record 4.3 million Americans quit their job in August as retail and bar and restaurant industries saw the largest surge in employees who left their positions, according to the Bureau of Labor Statistics report released Tuesday.

Roughly 2.9% of the workforce left their jobs in August, a jump of 242,000 from July’s figure, according to a Bureau of Labor Statistics (BLS) report. Experts believe the jump from July’s record-setting number is partly due to workers wanting jobs with more convenient hours, better pay, or working conditions, The Washington Post reported.

“This really elevated rate of people quitting their job is a sign that workers have lots of confidence and they have relatively stronger bargaining positions than they’ve had in the past,” Nick Bunker, an economist at Indeed, told the Post.

“There’s a lot of demand, and people are seizing that opportunity and quitting their jobs,” Bunker told the Post.

Chris Markowski, the host of the podcast “The Watchdog On Wallstreet,” told the Daily Caller News Foundation that the record number of quits is attributed to the number of benefits being paid to workers, keeping them out of the workforce.

“Nobody wants to work, it’s everywhere,” Markowski told the DCNF. “No one has any workers. The government basically started universal basic income when they send child care tax to individuals.”

The number of job openings declined to 10.4 million for August from 11.1 million in July, the BLS reported. Experts told the DCNF that President Joe Biden’s new vaccination mandate is hurting an already thin labor market.

“We are already in an unprecedented labor market right now, and this mandate on private employers adds insult to injury because companies are already facing severe labor shortages,” Rachel Greszler, a research fellow at the Heritage Foundation, told the DCNF.

Greszler pointed to the healthcare and public safety industries who have already been hit hard by labor shortages and vaccination mandates. Target has begun offering workers better pay and more bonuses in an effort to retain employees.

“If you look at history, there has never been a disparity between job openings and people looking for work, like we are seeing now. It has never been that high,” Markowski told the DCNF.