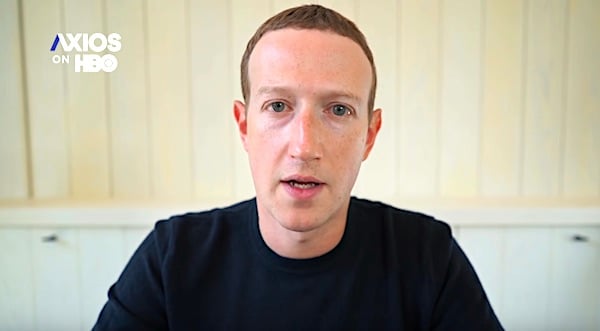 Research reveals that Mark Zuckerberg handed over a total of $419.5 million to the Center for Technology and Civil Life and the Center for Election Innovation and Research leading up to the 2020 presidential election, and the two groups used it to buy Democrat votes.

Or one presidential election.

The warning comes from William Doyle, a principal researcher at Caesar Rodney Election Research Institute in Irving, Texas, who explained his findings in a report at The Federalist.

There already had been concerns expressed about Zuckerberg's millions of dollars that were given to various mostly leftist elections officials across the country during the 2020 presidential race.

At least one state already is formally reviewing what happened, and how it impacted the election.

"This unprecedented merger of public election offices with private resources and personnel is an acute threat to our republic, and should be the focus of electoral reform efforts moving forward," he warned.

"The 2020 election wasn’t stolen — it was likely bought by one of the world’s wealthiest and most powerful men pouring his money through legal loopholes."

He explained the $419.5 million "came with strings attached. Every CTCL and CEIR grant spelled out in great detail the conditions under which the grant money was to be used."

This resulted in the "infiltration of election offices at the city and county level by left-wing activists, and using those offices as a platform to implement preferred administrative practices, voting methods, and data-sharing agreements, and as well as to launch intensive outreach campaigns in areas heavy with Democratic voters."

The money spent through Zuckerberg's strategy fell only a few million short of what states and the federal government spent for "COVID-19-related" election expenses.

And the two organizations, while chartered as non-partisan non-profits, were "highly partisan," the report found.

The report noted of 26 grants of $1 million or more that CTCL gave to cities in Arizona and six other states, "25 went to areas Biden won in 2020."

In Wisconsin, "The CTCL funds boosted Democratic-voting Green Bay resources to $47 per voter, while most rural areas still had the same $4 per voter. Similar funding disparities occurred near Detroit, Atlanta, Philadelphia, Pittsburgh, Flint, Dallas, Houston, and other cities that received tens of millions of dollars of CTCL money."

Doyle noted that elections have been a government function, not for private concerns, because "private organizations are not subject to the rules for public employees and institutions — they are not required to hold public hearings, cannot be monitored via open-records requests and other mechanisms of administrative and financial transparency, are not subject to the normal checks and balances of the governmental process, and are not accountable to voters if the public disapproves of their actions."

The result of Zuckerberg's spending was "to create a 'shadow' election system with a built-in structural bias that systematically favored Democratic voters over Republican voters."

Doyle reported, "We call this the injection of structural bias into the 2020 election, and our analysis shows it likely generated enough additional votes for Biden to secure an Electoral College victory in 2020."

Its results from just the state of Texas showed the activism "narrowed Trump's Texas margin of victory by about 200,000 votes, which, while significant, was not enough to swing Texas into Biden's electoral vote column. "

"To put this figure into perspective, however, Ted Cruz’s margin of victory over Beto O’Rourke in Texas’ 2018 Senate race was only 214,921 votes. It is not inconceivable that Democrats would consider a similar effort, were it to take place in 2024, a small price to pay to oust Cruz from his hotly contested Senate seat."

Preliminary results of Georgia and Wisconsin suggest similar outcomes. "And spending in those states was likely large enough and targeted enough to have shifted them into Biden’s column," the report said.

Doyle reported, "We have good reason to anticipate that the results of our work will show that CTCL and CEIR involvement in the 2020 election gave rise to an election that, while free, was not fair. The 2020 election wasn’t stolen — it was likely bought with money poured through legal loopholes."

The strategy, while generally not garnering much attention, is not new. It was in Colorado that several leftist billionaires some 15 years ago decided to turn the state legislature from randomly Democrat- or Republican-majority depending on the election to all Democrat-majority.

They invested a few tens of thousands of dollars in key state legislative candidates and succeeded in turning the state's law-making body to a Democrat majority, which it has been since then.

It's also likely to continue that way as those picked to redistrict following the 2020 census have set up the majority of the districts in the state to be heavily influenced by Democrat politics.