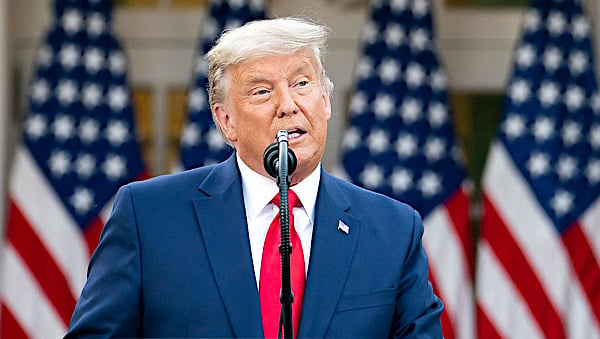 Trump World is planning its own ideas festival, set for next month in Florida.

The America First Policy Institute, the brainchild of the former president’s top domestic advisers, will host a policy summit Nov. 4 at Mar-a-Largo to celebrate what the previous administration sees as its key achievements and to plan future ones, RealClearPolitics is first to report.

The event, billed as “the ultimate gathering” of conservative leaders, will be a reunion of sorts for former Trump Cabinet officials, many of whom are now full-time staffers at AFPI, the newest and biggest addition to the growing constellation of conservative groups.

Former department heads attending will include David Bernhardt (Interior), Andrew Wheeler (EPA) and Chad Wolf (Department of Homeland Security). But the big draw, the name that will pull dignitaries and donors alike, is the 45th president. According to a source directly involved in organizing the event, Donald Trump will “share his invaluable insights into what is sure to be a crucial year ahead of the 2022 midterms.”

There are plans for policy sessions, but a big party is also guaranteed. Guests will attend discussions during the day about “what pro-America policy means.” Then they will retire to their rooms at the former president’s exclusive seaside club to don tuxedos and ball gowns — the MAGA summit will culminate in a black-tie gala.

The event is more than the standard gathering of onetime D.C. movers and shakers. It comes amid a conservative diaspora after Trump remade the Republican Party in his own image, a fact underscored by the regular pilgrimages many GOP politicians make to Florida for an audience with the former president. But his time in the White House also forced a debate over what is and isn’t conservative orthodoxy, a discussion that has only intensified since he left office.

To that end, a number of new conservative groups have sprouted in recent years. Mark Meadows, Trump’s last chief of staff and a former congressman, is now on staff at the Conservative Partnership Institute. Stephen Miller, a Trump policy adviser, launched America First Legal. Russ Vought, previously the director of the Office of Management and Budget, started the Center for Renewing America. All of them do similar work, and all of them compete for donors within the universe of think tanks, policy shops, and advocacy organizations.

Enter AFPI. In the waning days of the Trump presidency, once it became clear a second term was not to be, key allies started strategizing about how to build out and advance his agenda post-White House. What was needed, according to a senior Trump World source, was “an organization at the national level that is going to work alongside the standard-bearers and the old guard — the Heritages, AEIs, and CATOs.”

The goal was a big tent organization, the source said, one that would include “those of us that worked for Donald Trump, but also those who didn't work for Donald Trump or those who aren't 100% sure.” The group, launched earlier this year, is meant to represent “everyone that believes Americans should always be first and that freedom and liberty should reign supreme.”

Getting that mission off the ground fell to Brooke Rollins. It was a natural fit. She served as Trump’s chief domestic policy adviser and, before that, leader of the Texas Public Policy Foundation, a conservative think tank based in Austin that garnered national attention during the Trump years.

“Restoring hope to American communities, reviving American entrepreneurship and industry, and returning a governing voice to the American people are the basis of the policies we will continue to develop,” Rollins told RealClearPolitics.

“We measure our country not by its promotion of big returns, but by its creation of big dreams and opportunities,” she said in a statement, adding that, “after all, America is a country where ordinary men and women can truly do extraordinary things.”

The policy talk and party at Mar-a-Largo is just the start in this effort, and AFPI hopes to create an ideas circuit with policy summits twice a year around the country. According to Rollins, the inaugural event in Florida “will provide the forum to discuss the road ahead,” defining what is and isn’t in line with the America First principles, “leading to growth for the conservative movement and proven success for the country and all Americans.”