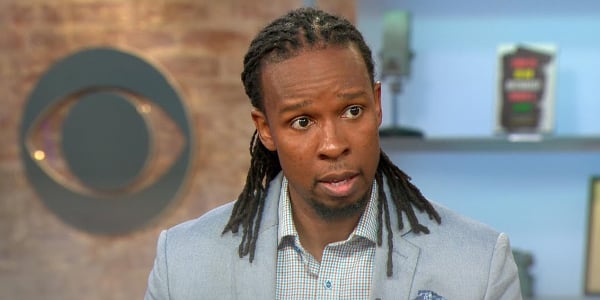 One of the leading intellectuals in the movement promoting the claim that American society is based on "white privilege" unintentionally undermined his worldview, retweeting a report on a survey of white people regarding college admissions.

Ibram X. Kendi, a Boston University professor and the author of New York Times No. 1 bestseller "How to Be an Antiracist," deleted the tweet after many Twitter users pointed out that he seemed to be unaware of the survey results' broader implications.

Kendi spotlighted a report by The Hill on the survey by Intelligent.com of white people who applied to colleges and universities. It found more than a third of the students lied about their race on college applications. About half of the applicants falsely claimed being Native American. More than three-fourths who lied about their race were accepted.

And others on Twitter pointed out that minority privilege is seen in many other aspects of society, including hiring.

Published in 2019, Kendi's "How to Be an Antiracist" became a New York Times No. 1 bestseller after the death of George Floyd in Minneapolis in May 2020. Two months later, Kendi became director of the Center for Antiracist Research at Boston University.

Both of Kendi's parents are ministers in the Methodist Church, and he attended private Christian schools from the third through eighth grades in the New York City borough of Queens.

That feeling when ...
The Hill reported the study found 81% of students who falsely claimed minority status said they did so to improve their chances of getting accepted. And 50% who lied explained that they wanted financial aid granted to minorities.

He posted this then deleted it after realizing he just debunked his life’s work in one tweet pic.twitter.com/ejacsW67Z4

But even as countless Twitter users asked Kendi why he deleted the message, the activist scholar refused to back down.

And he hit back at Posobiec for using the term "broke."

"References to buying or selling or trading or breeding or breaking *Black people* are a legacy of slavery whether the White user realizes it or not," Kendi said. "He should have found another reference point to insult or lie about me since at that point all he had were insults and lies."

Kendi blocked political and social writer Chad Felix Greene for commenting on the original tweet, "Collapsing your entire worldview into a giant sinkhole."

Alex Griswold, the defendant in the famous right-to-privacy case Griswold v. Connecticut,  wrote "[that feeling when] you accidentally blow up your entire life's work in a tweet and have to delete."

tfw you accidentally blow up your entire life's work in a tweet and have to delete pic.twitter.com/wvxJsAyDsR