A whistleblower charging that a contract research company helping to carry out Pfizer's COVID-19 vaccine trial last fall falsified data has responded to her former employer's accusation that she is lying.

But Jackson's lawyer has served Ventavia with a cease-and-desist letter, pointing out she has documentation showing she was hired as a regional director by Ventavia on Sept. 7, 2020, to oversee the operations, recruitment and quality assurance of the company's clinical trial sites. She came to the job with nearly two decades of experience in clinical trial co-ordination and management.

Leaked documents and the testimony of two former Ventavia employees corroborate claims by Jackson that were published earlier this month by the esteemed British Medical Journal. Jackson charged that during the pivotal Phase III trial, Ventavia falsified data, unblinded patients, employed inadequately trained vaccinators and was slow to follow up on reported adverse events.

Jackson said that after her company ignored her complaints, she emailed the U.S. Food and Drug Administration. On the same day she sent the email, she was fired.

After the report in The BMJ, the FDA and Australia's counterpart TGA released statements declaring their full confidence in the Pfizer vaccine. That's when Ventavia released a statement claiming Jackson had nothing to do with the Pfizer trials. 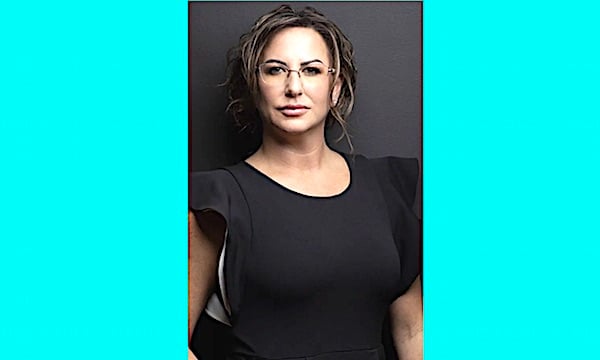 Her attorney Robert Barnes served Ventavia with a letter demanding a public retraction and formal apology.

"This statement is false," Barnes wrote. "This statement impugns the reputation of my client, Brook Jackson, and falsely implies she publicly misrepresented her work on the clinical trials."

Jackson told Demasi there were multiple examples of "laboratory processing logs" filled in by staff that contained glaring inconsistencies and anomalies in specimen handling. Jackson has a document with a list of Ventavia's outstanding "action items," which include discussions with trial coordinators about serious breaches of data integrity.

She described a chaotic work environment embroiled with so many egregious issues that she called for an immediate halt to the recruitment of trial participants.

Finally, in September 2020, Ventavia agreed with Jackson and asked staff to compile a list of "common" quality control breaches to be reviewed. And the recruiting was paused.

But text messages obtained by Jackson indicate Ventavia did not inform Pfizer of the reason for the pause, as required, and engaged in a cover-up.

"I feel like we need to say we met our committed number [of participants]," said one senior staffer. "Make it like it's no big deal. I wouldn't say one negative thing. I would keep it that we are in a perfect place."

Jackson says the work environment became hostile when she raised her concerns with Ventavia. She was fired on the day she filed her formal complaint with the FDA, Sept. 25, 2020.

Demasi reports that despite the credible evidence of clinical trial misconduct, the FDA did not investigate the site.

"When you look at the whole picture, can we really trust the data that is coming from Ventavia? No," she said.

Jackson noted that in the early stages of "Operation Warp Speed" under the Trump administration, there was a rush to recruit participants and get the trials underway in record time.

Jackson said it raises the question, "If it happened in Ventavia, where else did it happen?"