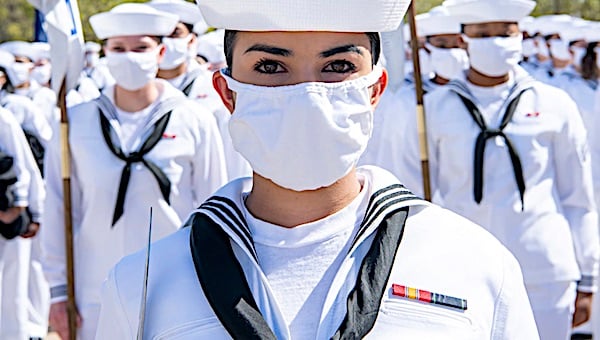 The Centers for Disease Control and Prevention is the national public health agency of the United States, so it made sense that during a once-in-a-century pandemic the agency would be given a leading role. With that leadership, however, came limelight. And in so many ways during the COVID-19 pandemic, the CDC, under the spotlight, undeniably flopped.

In his recently published book, Uncontrolled Spread: Why COVID-19 Crushed Us and How We Can Defeat the Next Pandemic, former FDA commissioner Scott Gottlieb critiqued numerous aspects of the worldwide response to COVID-19. Many CDC actions garnered forceful rebukes. While Gottlieb recognizes that a lot of talented, smart, and dedicated individuals work within the CDC, he says it's hard to deny that the respected governmental agency failed in a lot of vital respects. Here are six of them:

1. The CDC Failed to Make a Reliable COVID-19 Test. Of all the collective institutional failures during the U.S. response to the COVID-19 pandemic, this was almost certainly the worst. Very early on in 2020, the CDC was tasked with creating and disseminating a diagnostic test to detect a coronavirus infection. But due to a sophomoric contamination error, the agency utterly failed to get a functional test out to public and private labs.

“At some point in the manufacturing process, someone had probably walked from a dirty room, where scientists used RNA, into a clean one, where they assembled the CDC kits, and carried the sticky strands of genomic material with them," Gottlieb wrote. This meant that the tests would constantly register false positives, detecting coronavirus in a sample when none was present.

For six weeks, the agency attempted to correct the problem, telling anxious scientists awaiting a working test that a fix was coming. But at the time, the CDC had no idea what the problem was. Week after week they stalled, concurrently prohibiting labs from making and manufacturing their own tests. As a result, the coronavirus spread in the U.S. undetected in the early, critical stages of the epidemic.

“By the time Health and Human Services gave up on the CDC’s test and turned to the commercial and academic labs by the end of February, the window for slowing the epidemic had probably closed," Gottlieb reflected.

2. The CDC Issued Poor Guidance on Who Should Be Tested. Partly because of the lack of available testing early on, for which the CDC was mostly to blame, the agency initially guided that the only people who should get tested were individuals who had contact with a person confirmed to have COVID-19, or who had recently traveled to China and returned with respiratory symptoms or a fever. The CDC maintained this guidance well into March 2020, when coronavirus was spreading in the U.S. essentially unchecked.

3. The CDC Treated the Coronavirus Like Influenza. For much of 2020, the CDC believed that the novel coronavirus was spreading like influenza, – via large droplets and virus particles on surfaces (fomites) – despite the fact that numerous academics presented strong evidence that the virus was actually traveling through aerosols.

"The CDC’s preoccupation with fomites probably contributed to the agency misjudging the contribution of aerosol transmission and discounting the use of masks early in the pandemic," Gottlieb wrote.

The CDC would finally publicly admit the obvious, that the coronavirus was airborne, on May 7th of this year.

4. Was Six Feet of Distance Really Necessary, CDC? The primary reason that schools cited for not being able to open for classroom instruction in Fall 2020 and Spring 2021 was a lack of space on account of not being able to seat students six feet apart. But as we later learned, the six feet of distance was rather arbitrary. The World Health Organization recommended just one-meter of distance, as did China, France, Denmark, and Hong Kong. Even notoriously strict Australia only urged 5 feet of distance. The CDC would revise their distancing guidance to three feet in spring of this year.

"[Six feet of distance] was probably the single most costly intervention the CDC recommended that was consistently applied throughout the pandemic," Gottlieb wrote.

5. The CDC Refused to Collect Hospitalization Data. One of the themes throughout the pandemic is that the CDC was mired in antiquated ways of doing things. This was perfectly exemplified in how the agency sought to collect hospitalization data. The CDC wanted to use its influenza model to estimate hospitalizations, which involves sampling roughly a sixth of the nation's hospitals and extrapolating out to the rest. White House Coronavirus Response Coordinator Deborah Birx suggested that the CDC should instead have all hospitals simply report the actual numbers, and directed funds so the agency could modernize its data collection process. The CDC insisted this would be impractical, and turned the money down.

Birx eventually went around the CDC, having all hospitals report hospitalizations to Health and Human Services via an online portal. Data soon started pouring in, but the CDC declined to work with it, worrying that they couldn’t trust it. To be fair, there were initial inconsistencies, but by October 2020, they had been ironed out, and the U.S. now had accurate, precise hospitalization data to guide key measures like distribution of treatments and deployment of personnel.

6. The CDC Failed to Sequence COVID-19 Infections on a Wide Scale. In Spring 2020, White House Coronavirus Response Coordinator Deborah Birx asked the CDC to contract with outside labs to sequence coronavirus infections on a wide scale, in order to keep on watch on the potential emergence of dangerous new variants of the virus. However, the CDC insisted that it wanted to keep the work in-house, which limited sequencing to just hundreds of cases a month, rather than thousands or even tens of thousands.

"It proved to be a major, missed public health opportunity," Gottlieb wrote.