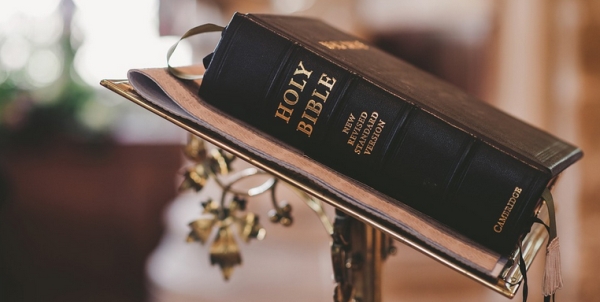 It still faces huge hurdles in the Senate, where changes are expected, which would require another vote in the House.

And estimates are that the bill actually sets up spending of trillions more, which would add significantly to the nation's debt, even though Biden has claimed it's all "paid for."

But whether it's paid for or not, or adds to the debt or not, several organizations are warning that it moves the nation is a distinctly anti-religious direction.

Justin Butterfield, a spokesman for First Liberty Institute, said the proposal is a concern.

"Allowing a religious organization to be religious is central to the First Amendment. In the past, HHS trampled the rights of religious organizations like the Little Sisters of the Poor by forcing them to violate their religious convictions. To prevent HHS from continuing to disregard Americans’ religious convictions, the Office for Civil Rights was tasked with ensuring that HHS respects religious liberty rights as enshrined in the Constitution and in the federal Religious Freedom Restoration Act," he said.

"What President Biden is doing now is just another step in dismantling safeguards within the federal government for people of faith. Playing politics with religious organizations who exist to help the needy may score political points with his progressive base, but President Biden cannot mask his administration’s hostility toward religion in doing so."

The proposal, supported by Democrats only, removes the longstanding Hyde Amendment protections that prevent American taxpayers from being billed for abortions.

And it puts a bull's-eye on many faith-oriented organizations with its provisions.

Zack Pruitt, a lawyer with the Alliance Defending Freedom, said, "Today, congressional Democrats once again made clear how aligned they are with the radical Left’s agenda by voting in favor of a bill that mandates taxpayer funding of abortion and may force faith-based childcare providers out of the system. For the second time this year, the House has passed budget language that fails to include the Hyde Amendment and other similar provisions that protect against taxpayer funding of abortion."

He said, "In fact, the Build Back Better Act actively strives to ensure American tax dollars will be used to pay for abortions. The bill also contains funding provisions and new grant programs that are likely to exclude many faith-based childcare providers while cutting funding to existing childcare programs currently being utilized by many faith-based providers which jeopardizes the freedom of parents to send their children to childcare programs that align with their religious beliefs. We urge the Senate to reject these dangerous provisions and instead vote in favor of policies that protect life, religious freedom, and the right of parents to direct the upbringing of their children."

The plan still must face the Senate, where even several Democrats have expressed alarm over the huge spending plans. They are likely to make changes to the version coming out of Speaker Nancy Pelosi's House.

If they make the changes, and are able to approve it, it then would have to return to the House for a vote, or head to a conference committee.

This is the bill that Democrats are being forced to pursue using a reconciliation process that allows adoption in the Senate by a simple majority vote, instead of meeting the usual 60-vote threshold.

Since the Senate is tied 50-50 between the parties, Kamala Harris would have to cast the deciding vote. But that would be only if Democrats can get support from every single member they have, and at least two have expressed major concerns.

Failing to get the support of even a single Democrat in the Senate likely to terminate the spending plan.