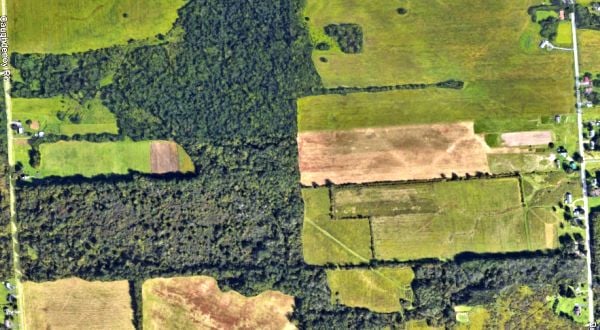 A fight has erupted in New York state because a governmental organization that runs an industrial park is demanding title to private properties adjacent to its land for expansion – even though the industrial park has been and is … completely vacant.

That means those owners could lose the places where they live.

It is the Institute for Justice that is taking up the fight on behalf of residents on Burnet Road, near the White Pine Commerce Park, in Clay, New York.

The homeowners have organized what they call the Save Burnet Road Coalition to fight demands from the Onandaga County Industrial Development Authority for their properties.

That authority wants to expand its "commerce park" even though the original location has remained empty for decades.

In order to accomplish that expansion, the IJ said, the authority wants to destroy "a multi-generational rural neighborhood."

"If these homes are not safe, then no home in New York is safe," said Chad Reese, assistant director of activism with IJ. "In America, your home is supposed to be your castle. But in New York, your home is your castle only until a government official wants to take it for something else they want to see there."

OCIDA alleges that it needs title to properties adjacent to its commerce park in order to pursue expansion – to meets the needs of a giant corporation even before it agrees to start building there.

"In August, OCIDA voted to authorize the use of eminent domain and could soon hold a public hearing to begin the process of kicking out the rightful owners to make way for a private development project. The blatant abuse of eminent domain for economic development—seizing land from private owners and giving it to a large corporation—is illegal in states across the country, but New York’s courts and legislatures have allowed it to run rampant," the institute explained.

The properties at issue are adjacent to the "commerce park" that has, in reality, remained vacant since the 1990s.

"Despite millions of dollars spent increasing the size of the park, OCIDA has failed for decades to attract a single tenant to the area. The county’s current goal is a large semiconductor chip manufacturing plant, though similar attempts in 2019 resulted in failure, and the land continues to sit empty," the institute explained.

The local governments have used such tactics before, the IJ said. In 2005, there was an attempt to seize the land of dozens of business owners for another development project "that failed to materialize."

"Current residents of Burnet Road, like Robin Richer and her husband Paul, grew up on the road and aren’t willing to sell," the institute said.

"No amount of money can replace that community or the history our family and friends have built here," Robin said.

Neighbor Britta Serog, whose family has a farmhouse there, said, "People want to live in that area because it still has a rural character, yet is close to everything and not polluted."

The goal of the fight, the institute said, is to stop the abuse of eminent domain.