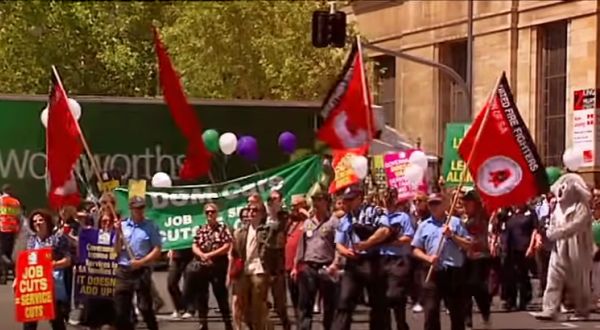 Medicaid has long paid for eligible adults with functional disabilities to receive long-term care. Recent decades have seen a shift towards providing such services in the client’s home, a model which minimizes costs and maximizes the client’s independence compared to institutionalized settings.

Beginning in the 1990s, home care aides serving Medicaid clients became the target of union organizing campaigns. Hundreds of thousands of Medicaid-paid caregivers in at least eight states are now unionized, generating about $150 million in dues for unions like SEIU and AFSCME in 2017 alone.

Most of these caregivers are related to their clients. Because they work in homes (often their own), caregivers receive little in the way of traditional workplace representation from their unions, despite paying as much as $1,000 per year in dues.

In 2014, the U.S. Supreme Court ruled in Harris v. Quinn that the First Amendment protects “quasi-public employees,” like Medicaid caregivers contracting directly with the state, from being required to pay union dues.

Ever since, unions have sought to circumvent the ruling at every turn.

In 2018, Washington state lawmakers adopted union-backed legislation to privatize the home care workforce, transforming caregivers from “quasi-public employees” to employees of a private company who, in Washington and 22 other states lacking right-to-work protections, could be forced to pay union fees.

Caregivers spoke out strongly against the legislation, to no avail. As one mom fighting SEIU to preserve her rights put it, “They're so huge. They're so big… How are we going to go up against a giant like that?”

Hundreds of thousands of caregivers may find themselves asking the same question if the BBBA becomes law.

Following Washington’s ignoble example, the legislation conditions an increase in Medicaid funds on states’ adopting an “agency with choice” model for their HCBS programs, precisely the arrangement put in place by Washington lawmakers to circumvent Harris.

Though legally permissible, the Department of Health and Human Services under both the Obama and Trump administrations promoted different arrangements that, by avoiding a middleman employer between clients and their caregivers, offer clients greater “flexibility and empowerment.”

That appears to matter little to the BBBA’s backers.

While the legislation’s advocates generally content themselves with generic messaging about caring for seniors and the disabled, at least Rep. Robin Kelly (D-IL) had the temerity to acknowledge the BBBA would boost “organizations like SEIU.”

Unfortunately, the BBBA also seeks to propagate Washington’s union-dominated home care model by paying union affiliates to run training and other programs for caregivers. Washington’s experience shows these programs are plagued by cronyism, waste, and a lack of accountability.

The state pays an SEIU-affiliated nonprofit to administer one of the most onerous training programs for home care aides in the country. In addition to providing SEIU with membership recruitment opportunities, it consistently spends less on training than it is paid, producing steadily increasing assets.

Despite receiving hundreds of millions of Medicaid dollars, Washington’s Democrat state auditor has documented how the training discourages recruitment and has failed to solve high turnover. The auditor even postulated that reducing training requirements might boost recruitment but stopped short of making formal recommendations because no data shows the effectiveness of the training in improving client care in the first place.

Similarly, a Medicaid-funded and union-operated health benefits trust for caregivers has accumulated assets several times larger than the reserves recommended by its own consultants, simply because it can.

A Medicaid-funded but union-operated retirement fund took four years and $110 million before it started paying out modest benefits to caregivers.

And, cumulatively, these entities pay millions to the local SEIU affiliate, ostensibly for administrative services. All told, about three percent of Washington’s payroll costs for caregivers wind up going to SEIU.

By seeking to replicate Washington state’s model around the country, the BBBA has the potential to steer billions of dollars in Medicaid funds into the treasuries of unions with few obligations to their members but a comprehensive political agenda.

There’s simply no excuse for allowing unions to rig Medicaid for their own enrichment at the expense of caregivers, Medicaid beneficiaries and taxpayers alike. Any additional HCBS funding Congress sees fit to appropriate should be made available to states without these strings attached.

Maxford Nelsen is the director of labor policy for the Freedom Foundation, a 30-year-old nonprofit based in Olympia, Wash., that seeks to promote individual liberty, free enterprise and limited, accountable government.