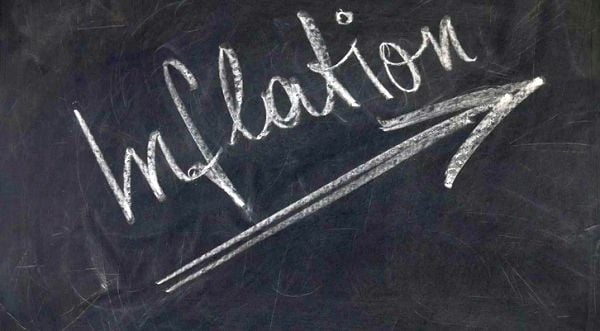 The Producer Price Index (PPI), which measures inflation at the wholesale level, rose 8.6% year-over-year as of October, growing at a record rate for a second straight month, the U.S. Bureau of Labor Statistics (BLS) announced Thursday.

BLS reported Thursday that the PPI, which measures inflation before it hits consumers, grew 0.6% in October, in line with Dow Jones estimates, highlighting that inflationary pressure is still strong.

Over 60% of the month-over-month increase in producer prices resulted from a 1.2% spike in the price of goods rather than services, BLS reported. Goods prices rose 1.2% in October compared to a 0.2% increase in the cost of services.

The spike in wholesale inflation was driven by surging gasoline prices, which grew 6.7% and represented one-third of the increase in goods prices in October.

The PPI grew 0.4% month-over-month when stripping out food, trade and energy prices.

The PPI report is one of two key inflation indicators released this week. BLS is scheduled to release the October consumer price index Wednesday morning, which is expected to have increased 0.6% in October, reflecting a 5.9% annual gain, CNBC reported.

The median consumer expectation, a key inflation indicator released by the New York Federal Reserve, showed an expected 5.7% spike in inflation over the next year, the greatest expected increase reported since the metric was created in 2013.