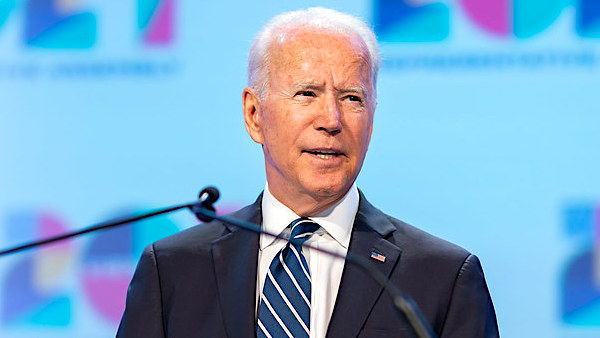 A provision in the most recent version of the Democrats’ spending proposal allocates $500 million for a privacy bureau within the Federal Trade Commission, with little guidance on how the money is to be spent.

The bill, known as the Build Back Better Act, appropriates $500 million for fiscal year 2022 to the Federal Trade Commission (FTC) to “create and operate a bureau” tasked with protecting data privacy.

The money is available until September 30, 2029 and can be used for “hiring and retaining technologists, user experience designers, and other experts” to help the FTC on work “related to unfair or deceptive acts or practices relating to privacy, data security, identity theft, data abuses, and related matters.”

Democrats on the House Energy and Commerce Committee had originally approved $1 billion in funding for the bureau in an earlier version of the bill in September. The funding will further empower the FTC under Chair Lina Khan, who has looked to expand the agency’s scope and has pushed for more aggressive antitrust and consumer protection enforcement.

While Democrats have previously urged the FTC to craft stronger data privacy laws, some Republicans are wary of the proposal and the direction of the FTC under Khan.

“Half a billion dollars is still a sizable war chest,” Sean Kelly, spokesman for Rep. Cathy McMorris Rodgers who serves as Ranking Member on the House Energy and Commerce Committee, told the Daily Caller News Foundation. “This funding will just be used to consolidate power at the Commission so the Democrats can advance their political agenda.”

Khan has drawn the ire of Phillips and fellow Republican Commissioner Christine Wilson, who in Congressional testimony argued that Khan was “tearing down” the FTC’s “rich bipartisan tradition” by cutting off minority commissioners from access to certain information. The Republicans castigated Khan for issuing a rule change earlier this week without allowing them to issue a simultaneous dissent.

Rep. Jim Jordan, ranking member on the House Judiciary Committee, told the DCNF earlier this month that Khan has “made it clear she will use the FTC to advance President Biden’s agenda in the name of economic ‘inequality’ and socialism.”

The Democrats’ proposal also follows testimony from former Facebook employee Frances Haugen who called for the creation of a “dedicated oversight body” to serve as a “regulatory home” for former social media employees to oversee privacy matters, among other things.

Though national privacy legislation has long been a topic of discussion on Capitol Hill, with several laws proposed, a comprehensive data privacy standard has yet to be passed.

“Congress should be coming together to enact national privacy standards and ensure all Americans are protected equally,” Kelly told the DCNF. “The Democrats’ proposal lacks direction from Congress and accountability or recourse for how these funds may be used.”