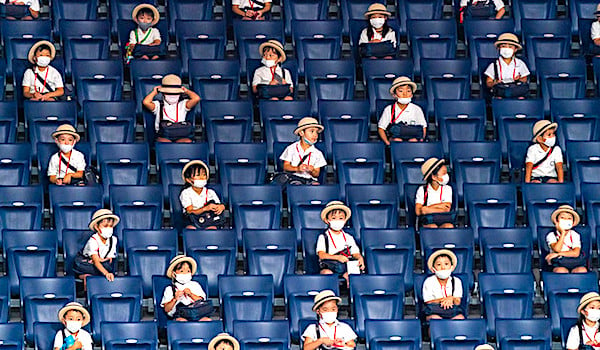 A new report from Bitter Winter, an online publication focusing on religious and human rights, has documented that the Chinese Communist Party is shutting down even casual references to religion in games played by the nation's youth.

These are not online games, the report explains.

"Young people in China desperately seek socializing opportunities outside of the CCP’s official circuit. One of them are offline games, where players congregate, often in a restaurant or cafeteria, and guided by a host compete to solve a puzzle or problem. Millions of young Chinese feed what is becoming a booming market," the report explains.

One of the popular puzzle-solving activities is called "Secrete Room." Another is "Script Killing," where players gather and are assigned various roles. They are supposed to identify and catch a murder in whodunit style.

But now, on Nov. 9, "the Shanghai Municipal Bureau of Culture and Tourism published a draft of 'Regulations on Controlling the Contents of Script Killing and Secret Room,'" the Bitter Winter report documented.

"Comments were invited before December 8, 2021. This is a common way of launching new regulations in China through a so-called 'democratic' consultation. In fact, rarely these 'consultations' result in significant changes with respect to the drafts," the report said.

It explained the new rules, likely a pilot for a national plan, outline a variety of requirements, including that there's no copyright infringement, that the scripts don't endanger "national unity" or "territorial integrity."

That means "they should follow the Party line on Taiwan, Hong Kong, Xinjiang, and Tibet," the report said.

Further, they must not "include any criticism of the government or the CCP" or violate "the state’s religious policies and promoting xie jiao or superstitions."

Bitter Winter explained, "Since religious policies forbid any religious discourse outside the authorized places of worship, this means that no allusions to religion is allowed in the scripts. Xie jiao means those religious movements banned by the government as 'heterodox teachings' (sometimes less correctly translated as 'evil cults')."

"Taken literally, it may mean that most scripts about mysteries of past eras, which include spells, magic, and supernatural powers should be eliminated," the report said.

Bob Unruh
Bob Unruh joined WND in 2006 after nearly three decades with the Associated Press, as well as several Upper Midwest newspapers, where he covered everything from legislative battles and sports to tornadoes and homicidal survivalists. He is also a photographer whose scenic work has been used commercially.
LGBT ambassador insults Christians as bearded Virgin Mary
Urgency rising for those Biden left behind in Afghanistan
Suspect in rampage that left 6 dead, dozens hurt, feels 'demonized'
CIA claims briefing President Trump 'most difficult' in decades, but …
Biden restores President Trump's 'Remain in Mexico' policy
See more...