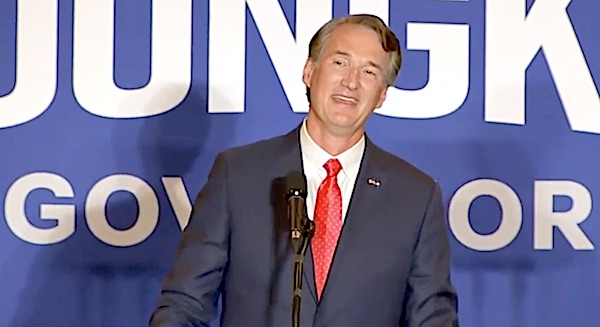 In the aftermath of this month’s Virginia election, countless politicians and pundits have written their post-mortems, offering explanations as to how Glenn Youngkin was able to swing Virginia 12 points rightward and win the governorship.

Explanations have differed. According to the usual suspects on the left, Youngkin was propelled to victory by an army of racists — secret and overt — in DC’s suburbs. Washington-based policy wonks insist voters were concerned about the minutiae of the reconciliation process in Congress. Meanwhile, academics claim this was just a normal example of thermostatic reaction after a new party gains the White House.

But for a certain type of establishment politico on the right, Youngkin’s victory was a vindication of their preferred Republican politics of old — centered on cutting red tape and lowering tax rates, while steering clear of “divisive” cultural issues. Take, for example, Maryland Governor Larry Hogan’s analysis in the Wall Street Journal, which began with an obligatory Reagan namecheck before moving on to explain that Youngkin won by being like, well, Larry Hogan.

According to Hogan, Youngkin’s campaign was about “common-sense solutions to reduce taxes, secure communities, and expand school choice,” offering a “hopeful and unifying message for the future.” Conspicuously absent from the retrospective was the single issue that dominated the final month of the campaign: Critical Race Theory (CRT) and, more broadly, the woke takeover of children’s education.

Youngkin only began to close the gap on Democrat Terry McAuliffe shortly after McAuliffe shockingly admitted in a debate that he does not think parents should have a say in their children’s education in school. In the pre-election polls that followed, which ended up predicting the final results fairly accurately, education and CRT ranked highly among voters’ concerns, and Youngkin was seen to be winning parents of K-12 students by more than a 17-point margin, translating to a 4.6 point benefit statewide. National and local news coverage in the weeks leading up to the election concentrated heavily on parents’ protests of school boards in Virginia, along with the Biden administration’s labelling of those parents as domestic terrorists.

As a result, Youngkin was able to cobble together a winning coalition, driving up turnout among the Trump base and winning back a portion of the suburbs. Among both camps, education concerns — meaning CRT and woke gender ideology, specifically — were the primary motivators.

A Democratic operative in Virginia recently undertook a focus group of suburban women who had voted Democrat in 2017 and 2020, but voted for Youngkin in 2021. These women strongly disagreed with McAuliffe’s statements, strongly disapproved of critical race theory, and believed that America was fundamentally a good country. Likely as a result, they nearly unanimously preferred Youngkin on the issue of education. And notably, while a significant majority of these women stated that they preferred Democratic policies, a majority of them also said they felt closer to the GOP on cultural values.

Republicans need to finally take away the right lesson from this election. Focusing on cultural issues, particularly those that concern the family, is the strategy that can fire up the Trump base as well as win back a significant-enough portion of the suburban electorate to form a winning coalition. It also is able to win over a significant number of Hispanic voters.

The GOP establishment — also known as “Conservative Inc.” — is perennially striving to ignore the import of these issues. After Mitt Romney’s landslide loss in 2012, the Republican National Committee published an autopsy suggesting that, in order to succeed moving forward, Republicans needed to double down on the Romney-Ryan economic message and, accordingly, wave the white flag of surrender in the culture war. Just four years later, Donald J. Trump captured the White House and ushered in a GOP trifecta in Washington by doing the exact opposite.

Now, some “conservatives” are trying to undo the triumphant and strong coalition that Trump built, urging Republicans to once again retreat from the culture war and instead fixate on… tax policy. To be perfectly clear, the educational issues in Virginia were not about school choice — they were about the substance of curricula. They were about the woke left’s effort to indoctrinate children into believe that they and their country are irredeemably racist and evil. They were about the school boards’ peddling of transgender ideology in the classroom and pornography in the school library. And they were about McAuliffe’s bizarre insistence that parents stay out of the way of the radical education establishment.

These issues were relevant in New Jersey, too, and they’ll continue to be relevant in 2022. As McAuliffe demonstrated, the left is utterly clueless and defenseless on the cultural front. The Republicans who truly learn from Youngkin’s victory will spotlight the Democrats’ cultural extremism, and, further, make the GOP the home for parents.

Frank Cannon is the founding president of American Principles Project.