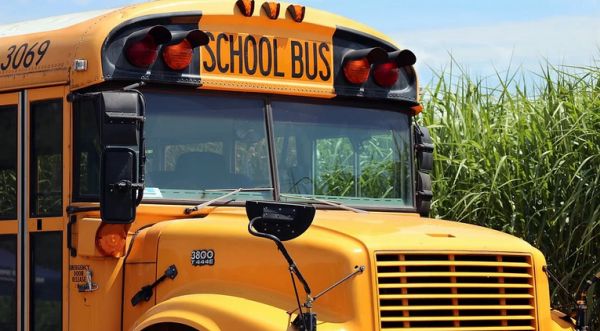 The latest version of President Biden’s Build Back Better budget resolution excludes some of the priorities Democratic lawmakers backed in a previous $3.5 trillion budget plan, but it still contains some $400 billion in federal funding for universal pre-K and childcare. If passed, these federal dollars would be added to the $200 billion in stimulus funds that the federal government has already poured into public education during the pandemic.

Critics point out that such hefty spending packages are less likely to improve the education system than they are to bolster bureaucracy. The latest data seem to support that perception. School districts are using one-time stimulus funds to fund long-term commitments such as hiring new support staff and giving out permanent raises. This is why many education-reform advocates see administrative bloat as a key obstacle keeping much-needed dollars out of classrooms.

Reformers might be barking up the wrong tree, however. A closer look at school finance data reveals that increased administrative spending hasn’t been the line item devouring most new education money in recent decades. The real culprit is the ballooning cost of employee benefits.

Using the latest public school finance data published by the Census Bureau, one can observe inflation-adjusted spending trends from 2002 to 2019. Over this period, per-pupil spending on instruction and support services – which take up the vast majority of K-12 spending across the country – increased by 20.7 percent nationwide.

To be sure, noninstructional staff, including administrators, have been hired at faster rates than teachers in recent decades. Census data confirm this: from 2002 to 2019, support-services expenditures grew from $3,782 to $4,701 per pupil. Of that increase, $155 per pupil went to administration.

Consider this thought experiment: if K-12 administrative spending hadn’t increased by one cent in per-pupil inflation-adjusted terms between 2002 and 2019, schools in the United States would have saved an estimated $7.4 billion in 2019. Based on teacher count numbers published by the National Center for Education Statistics, that’s enough to give every teacher an estimated $2,327 raise.

Now compare the cost of administrative growth to the cost of benefit growth. Had benefit spending on instructional and support staff remained at 2002 inflation-adjusted levels per pupil, schools across the United States would have saved about $66.9 billion in 2019. That’s enough to give every teacher a $20,913 raise!

There’s no contest, then: the explosion in benefits costs is a far more pressing problem than administrative bloat, and that’s due largely to mounting debt in school-employee pension systems. Policymakers in virtually every state need to change, fundamentally, how they manage employee retirement systems. Market fluctuations and the erosion of fixed-income yields have made it hard for pension plans to meet investment growth expectations in the last few decades. Even so, most states have been slow to change investment assumptions that pile on debt to their systems; worse, many have chosen to forgo payments in favor of short-term political priorities.

Fixing the problems with public pension systems won’t happen overnight, and it will likely mean that things temporarily get worse for classroom spending before they get better. But if pension problems aren’t addressed, dollars will continue to evade classrooms – and even aggressive cuts to administration are unlikely to make much difference.

Few would deny that education dollars get wasted on things like distant bureaucrats, lavish buildings, or pointless consultants. But parents and education reformers can’t afford to be distracted by one problem when a much more costly and urgent one looms behind it.

If we want to get more education funds into classrooms – or better yet, directly into the hands of families – we need to confront the soaring pension debts eating up education dollars.

Christian Barnard is an education policy analyst at Reason Foundation.