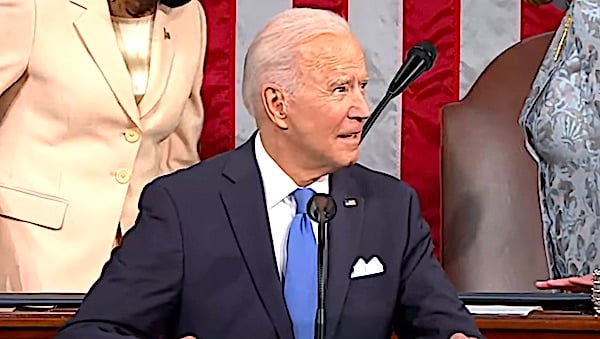 Ryan Guillen had been a Democratic member of the Texas legislature, representing a sprawling district south of San Antonio, for nearly two decades. This week he jumped ship for the Republican Party, blaming Democrats for leaving him, not the other way around.

Normally such a move would make local and state news, but certainly not prime-time national coverage. Yet, on Wednesday night, Fox News’ Laura Ingraham gleefully cited the defection as further proof that “truly smart” Democrats are abandoning a sinking ship. While Guillen is a state lawmaker whose switch won’t impact which party holds power in Washington, there’s one sign that this may not be an isolated example: At least nine congressional House Democrats have  announced they are not seeking reelection next year. More are expected to follow.

“Democrats shouldn’t panic,” Edsall wrote. “They should go into shock.”

Explaining his switch to the GOP, Guillen provided more fodder for veteran campaign consultant James Carville and others warning Democrats to rein in their left wing. The 44-year-old anti-abortion and pro-gun lawmaker cited the defund-the-police push and the climate change movement, which he said is “destroying” the Lone Star state’s oil and gas industry, along with the “chaos at the border.”

“Friends, something is happening in South Texas, and many of us are waking up to the fact that the values of those in Washington, D.C., are not our values, not the values of most Texans,” he said at a press conference Monday with Gov. Greg Abbott and House Speaker Dade Phelan, both Republicans.

Yet Guillen wasn’t exaggerating when he said there’s a significant political sea change taking place in South Texas. His move was the latest sign of a rightward shift in the Rio Grande region in recent years. Donald Trump won Guillen’s district by 13 percentage points in 2020; just four years earlier, Hillary Clinton carried it by the same margin. The voters still chose Guillen by 17 points last year, but the new map could have threatened such margins for him in the future. The newly formed district voted for Trump by 25 points.

Republicans are heavily targeting three South Texas congressional seats held by Democrats and are encouraged by Guillen’s switch and other signs of GOP inroads in traditionally more liberal areas of the state. That trio of districts voted for Joe Biden by just two to four percentage points in 2020, down from the 17-to-22-point margins Clinton garnered in 2016.

The first signs of Democratic vulnerability in districts along the U.S.-Mexico border came earlier this year when Rep. Filemon Vela, who represents Texas’ 34th Congressional District, announced his retirement.

Then, in June, the traditionally Democratic border city of McAllen elected a Republican mayor in Javier Villalobos, a former Hidalgo County GOP chairman. (The county had gone for Biden by 17 percentage points over Trump.) Another warning for Democrats came a few weeks ago when Democratic Rep. Vicente Gonzalez announced he would run in the adjacent 34th district because he no longer felt confident about holding onto Texas’ 15th. Gonzalez won the 15th by nearly 20 percentage points in 2016 but by just 2.9 points last year.

Gonzalez publicly claimed he didn’t have much of a choice after Republicans made his district redder, but the Texas Tribune reported the decision was more deliberate than Gonzalez let on. A Democratic amendment to the redistricting process moved his home into the 34th district.

After Guillen’s jump to the GOP this week, liberal groups assailed aggressive GOP redistricting tactics as a prime motivating factor. Common Cause, a liberal nonprofit that advocates for easier voting access, accused Texas Republicans of “whitewashing” state legislative and congressional districts to dilute the power of minority voters. Anthony Gutierrez, who heads Common Cause’s Texas office, said Republicans revealed the new maps just three days before a scheduled vote on them, “providing almost no time for people to assess the maps or go talk to impacted communities.”

Democrats are now fighting the redrawn districts in court. Eric Holder, who served as attorney general in the Obama administration, now chairs the National Democratic Redistricting Committee. The committee filed a suit arguing the new congressional districts lines violate Voting Rights Act protections for minority populations and are gerrymandered to give Republicans an advantage.

It’s a familiar refrain. In most states, the power to create new congressional maps lies with the state legislature after the decennial U.S. Census, and the majority party in power often attempts to redraw them to benefit their members. But election experts counter that Democrats are trying offset Republican redistricting gains in Texas and Florida in areas where they control the state legislatures, such as California, New York and Illinois. In these states and in most areas across the country, heavily Democratic urban areas are growing while rural GOP areas are losing population.

The stakes this year are particularly high with Republicans only needing to gain five seats in 2022 to win control of the House. Republicans are hoping the path to regaining the majority runs through South Texas and they point to Guillen’s decision to switch parties as the latest bad omen for Democrats.

“Texas Democrats are retiring or becoming Republicans because they know they’re doomed in in 2022,” said Torunn Sinclair, a spokeswoman for the National Republican Congressional Committee.

The Democratic Congressional Campaign Committee didn’t respond to a request for comment.

It’s not surprising that Biden’s plummeting poll numbers are worse in Texas than they are nationally. A recent University of Texas and Texas Tribune survey, released Nov. 8, found only 35% of Texans approve of the way Biden is handling his job while 55% of voters disapprove. The survey showed that Texas voters, more than a third of whom are Hispanic, rank Biden the lowest on his handling of immigration and border security with only 22% of respondents saying they approve of his record on that issue and 63% saying they disapprove.

Democrats are hoping to bolster Biden’s sinking popularity by pushing through a massive $1.85 trillion climate and social spending bill known as Build Back Better. Last month, Biden warned Democrats that their “House and Senate majorities and my presidency” will be determined “by what happens” to the latest version of the measure.

“I don’t think it’s hyperbole,” he said, referring to polls indicating many of the individual provisions are popular with voters.

The legislation, which White House Chief of Staff Ron Klain has described as “twice as big in real dollars as the New Deal,” would provide free preschool for all children, expand the child tax credit and bolster liberals’ green agenda with numerous consumer rebates and tax credits for clean energy investments.

To help pay for the spending package, Democrats are proposing to increase taxes on wealthy Americans and corporations, including new taxes on oil and gas producers. It’s a  controversial move in Texas, even among some Democrats. At least 620,000 jobs are connected to the oil and gas industry across the state, and oil production in South Texas has helped transform the relatively poor region into a boom area over the past decade. The plan would penalize oil and gas companies for leaks of methane from wellheads, pipelines, storage and other facilities to the tune of $1 billion to $10 billion annually. Proponents say the tax would serve as incentive for companies to stop leaks and avoid wasting methane, a potent greenhouse gas.

Vela and Gonzalez, who founded the House Oil and Gas Caucus, as well as Texas Democratic Rep. Henry Cuellar, sent a letter to House Speaker Nancy Pelosi and Senate Majority Leader Chuck Schumer in late September asking them not to include the methane tax. Another controversial piece of the House version of the bill would allow illegal immigrants to obtain child tax credits.

The final House version of the Build Back Better bill, which the House could vote on as soon as Friday, still includes these two provisions. Despite this, Gonzalez and Cuellar have signaled they will vote in favor of it, a point Republicans will inevitably hammer home in ads to voters for months to come.