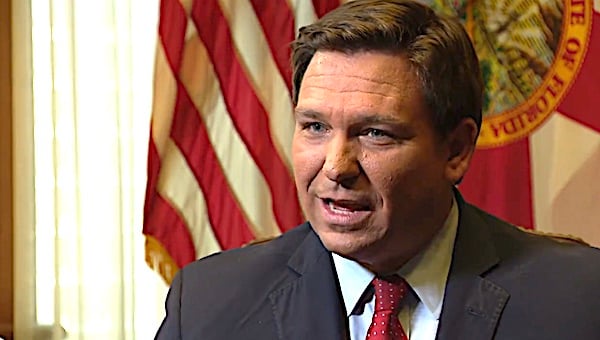 WEST PALM BEACH, Florida -- A TV news reporter for a CBS affiliate got schooled by Ron DeSantis on Monday when he pressed the Florida governor about a recent joke in which the Republican referred to the Biden administration as "the Brandon administration."

"Do you feel that that is the proper level of exchange between a governor and a president?" Jay O'Brien of WPEC-TV in West Palm Beach, Florida, asked DeSantis.

"Well, let me ask you how he's treated us. Well, look, I think it's a joke but honestly, one of the reasons why that has taken on is because a lot of your folks in the national media, they get very sensitive to it," DeSantis said. "Because what happened was people were chanting something else very colorful."

O'Brien interjected: "It's a swear about the president." 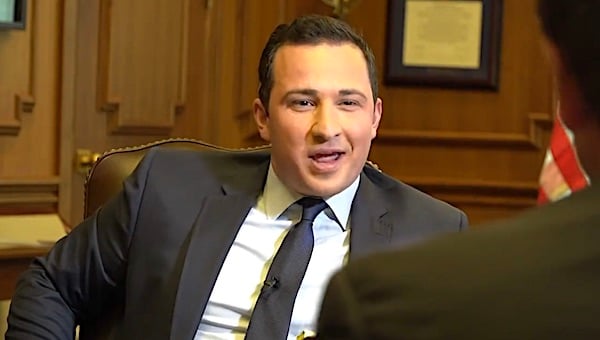 DeSantis continued: "You had a reporter though, say it was 'Let's Go, Brandon' when that's not really what was said.

"And so I think the reason why it's caught on is because I think it needles the national media a little bit because look, they've become very partisan. They were very much against Trump, they're very much ahead of Biden, so I think we view it as fun."

"But it's a swear about the president," O'Brien insisted again.

Would you classify this reporter Jay O'Brien as a politically left-leaning activist?
99% (1178 Votes)
1% (8 Votes)

"Well, right, but I mean here's what I would say," responded DeSantis.

"Was there hand wringing about this about the stuff that was said about Trump for four years? No, there wasn't."

When pressed, says it was no worse than what was said about Trump.

More on vaccine mandates and masking to come. @CBS12 pic.twitter.com/vnfaRm5WVe

The "Let's Go, Brandon" chant became a national phenomenon when NBC reporter Kelli Stavast tried to cover up the mantra of fans at a NASCAR race who were chanting "F*** Joe Biden."

(WARNING: The following video contains vulgar language that some viewers will find offensive.)

"I feel for Brandon," Phelps said. "I think, unfortunately, it speaks to the state of where we are as a country. We do not want to associate ourselves with politics, the left or the right. We obviously have and we've always had, as a sport, tremendous respect for the office of the president -- no matter who is sitting."

"Do we like the fact that it kind of started with NASCAR and then is gaining ground elsewhere? No, we're not happy about that. But we will continue to make sure that we have respect for the office of the president."

He also said NASCAR would crack down on those who use its trademarks in ways it doesn't like.

"We will pursue whoever [is using logos] and get that stuff," Phelps said. "That's not OK. It's not OK that you're using our trademarks illegally."

His remarks have done nothing to slam the brakes on people using the phrase.