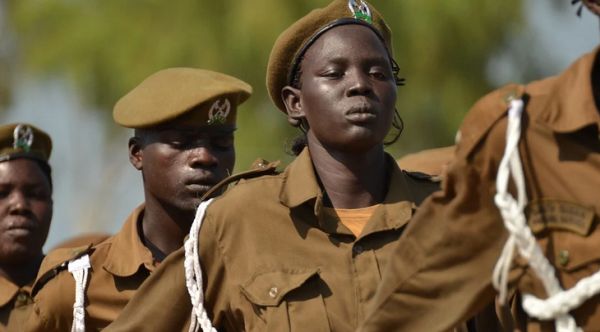 Last week, the Sudanese military, lead by General Abdel Fattah al-Burhan, forcefully took over Sudan's transitional government and placed the Prime Minister Abdalla Hamdok under house arrest. After nearly two years of major reforms on human rights and democratic governance, the coup has the potential to destabilize the country.

In particular, the coup puts the historic progress that Sudan had made recently on protecting religious freedom at grave risk and bodes ill for the rest of Africa. The U.S. was a key partner of Sudan in instituting these religious freedom reforms, as well as stopping the state sponsorship of terrorism there, and the coup cannot be permitted to turn back the clock.

The 2019 revolution in Sudan was led by everyday Sudanese peacefully protesting in such numbers that they were impossible to ignore. Sudan had been subjected to decades of war, genocide, and other human rights violations, including grave violations of religious freedom.

The story of Mariam Ibrahim provides a clear example of the brutality of the Sudanese government under President Omar al-Bashir. Although Mariam, who was raised by her mother, had always been a Christian, Islamic law considered her a Muslim because her absent father was a Muslim. She was convicted in 2014 of adultery and apostasy after marrying a Christian man, her marriage was declared null-and-void, and she was lashed and given a death sentence as punishment.

All of this occurred while she was pregnant, and she gave birth to her child while shackled to a prison cell. She was finally released following international outrage and prayer.

When the transitional government came into power after the 2019 revolution, many were skeptical that real change could occur. And yet Prime Minister Hamdok appeared to be making great strides towards the creation of a government that respected human rights and religious freedom. By December 2020, enough progress had been made that the U.S. removed Sudan from its list of state sponsors of terrorism.

Hamdok made progress on religious freedom a genuine priority in Sudan. Throughout the spring and summer of 2020, the prime minister regularly convened with the U.S. Commission on International Religious Freedom (USCIRF). USCIRF had recommended that Sudan be considered a "Country of Particular Concern" for nearly two decades, viewing it as among the worst violators of religious freedom in the world. But in 2020, USCIRF changed its recommendation to suggesting Sudan be placed on a "Special Watch List" because of the progress after the revolution, and by 2021, USCIRF no longer included the country in its reports.

Those changes by USCIRF were based on real reforms. In late 2019, Sudan repealed public order laws based in an ultraconservative interpretation of Islam that allowed for flogging women for wearing pants or dancing. Sudan decriminalized apostasy in July 2020 and reduced the penalties for blasphemy to a maximum of six months in prison. In September 2020, Sudan agreed to remove Islam as the state religion. And in January 2021, Sudan quietly signed the groundbreaking Abraham Accords in order to work towards normalization with Israel. Such clear changes in favor of religious freedom are extraordinarily rare in the world, making Sudan's development all the more important.

The military coup puts all of Sudan's progress on human rights and religious freedom at risk. As with recent coups in Burma, Mali, and elsewhere, holdover military leaders from authoritarian regimes often believe that the protection of human rights is opposed to national stability. Freedom is viewed with the deepest suspicion, since it means relinquishing government control. The military is already committing violence against protesters of the coup.

But constant coups and wars for power, along with a turn away from human rights, instead lead to instability. The stability of Sudan, with a basis in the defense of human rights, is integral to the stability of the broader region. Conflicts such as the brutal war in Tigray in neighboring Ethiopia cannot be allowed to spread into other countries, but an unpredictable and fluctuating political environment in Sudan lends itself to spillover.

If there is hope in the aftermath of the coup in Sudan, it will come from the same everyday Sudanese people who rose up in 2019. Widespread democratic protests led to the fall of the Bashir regime and there is no indication that the same Sudanese citizens now would support top-down control.

The yearning for peace and respect for basic human rights provide an opening to the U.S. The U.S. has already paused assistance to Sudan and should continue to use all diplomatic tools available to prevent backsliding and repression. The U.S. should also refuse to legitimize Burhan's rule.

In light of the Abraham Accords from 2020, more countries throughout the Middle East and North Africa are coming to see that respect for basic human rights supports stability. The U.S. should work with governments in the region so that Sudan would understand that if it once again turns into a notorious human rights abuser, it will not find nearby friends to support it.

The cost of a religious freedom loss in Sudan could easily mean the return of vile laws like those under which Mariam Ibrahim was convicted, and other countries could follow suit. The U.S. must muster the courage to forcefully take a stand against human rights backsliding and protect religious freedom for those who have fought so long for it.

Sean Nelson is Legal Counsel for Global Religious Freedom at ADF International. Follow him on Twitter at @Sean_ADFIntl.