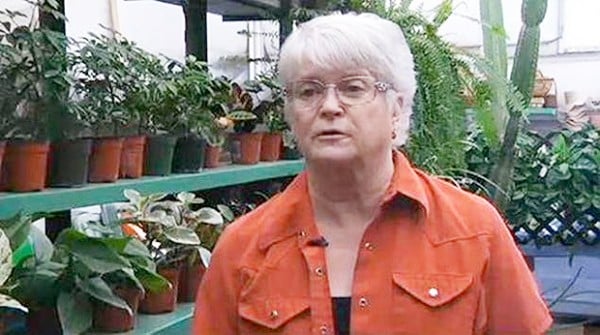 A florist in Washington state has agreed to pay $5,000 to settle a years-long court case that was triggered by her decision not to violate her Christian faith and support a same-sex duo with her artistic talent, a case that has gone through the U.S. Supreme Court multiple times.

The Alliance Defending Freedom, which worked on behalf of Barronelle Stutzman, of Arlene's Flowers, said the payment will go to the two men who sued her for declining to provide them with services for a same-sex ceremony.

The agreement ends the years-long fight in which LGBT promoters demanded that Stutzman abandon her Christian faith to serve them.

In fact, the ACLU, which took the legal action on behalf of Robert Ingersoll and Curt Freed, bragged that the conclusion left "in place the two unanimous decisions from the Washington Supreme Court that the Constitution does not grant a license to discriminate against LGBTQ people."

The suggestion in the statement is that the Constitution then allows homosexuals to force Christians to violate their faith, but that state court ruling conflicts with other courts that already have decided similar cases.

In fact, in another situation, the Supreme Court ruled that Colorado baker Jack Phillips could not be forced by a state that demonstrated "hostility" to Christianity to provide a wedding cake for a homosexual duo.

The actual conflict between the so-called homosexual rights that the Supreme Court allowed by creating the institution of same-sex marriage and the religious rights acknowledged by the nation's Founders to have been given by "our Creator" and protected by the Constitution remains unresolved.

The ADF explained, "Stutzman has chosen to retire so her beloved employees can run her business, Arlene’s Flowers. She will withdraw a pending petition for rehearing at the U.S. Supreme Court and make a payment of only $5,000 to the two men who sued her."

Does the Constitution say people must violate their religious beliefs?
1% (5 Votes)
99% (700 Votes)

The 77-year-old is a great-grandmother and said she was at peace "because the settlement allows her to finally retire with her conscience intact, and she knows that the legal effort to protect the artistic freedoms of creative professionals will continue in cases like 303 Creative v. Elenis, which the U.S. Supreme Court could decide to hear soon," the ADF explained.

"I am willing to turn the legal struggle for freedom over to others. At age 77, it’s time to retire," she said. "I've never had to compromise my conscience or go against my faith. I’ve met so many, many kind and wonderful people, who’ve generously offered me their prayers and encouragement and support."

She continued, "Most of all, I’m thankful that God’s love has sustained me through all of the trials and challenges of these last few years. There is a great deal of division at work in our country today, but God has shown me again and again that His love is stronger than the anger and the pain so many are feeling. And He’s given me countless opportunities to share His love with others along the way."

Lawyer Kristen Waggoner said, "This settlement is an end to a lengthy court case, not a change in or surrender of Barronelle’s beliefs. "Over the last eight years, Barronelle stood for the First Amendment freedoms of all Americans, even those who disagree with her about a deeply personal and important issue like marriage. And in so doing, she’s inspired millions of others in their own public and personal battles to live their faith without government interference."

Stutzman had referred her friend, Ingersoll, to several other florists when her faith prohibited her from participating in and supporting a same-sex event.

The ACLU later sued her over her decision, demanding that state law in Washington requires her to violate her faith if someone tells her to.

The Supreme Court overturned the state court's ruling in the first time at the high court. Last summer, in the second trip, the justices declined to further review the state decision.

WND reported that not only did the ACLU sue her, but so did the Washington attorney general. The cases ended up merged.