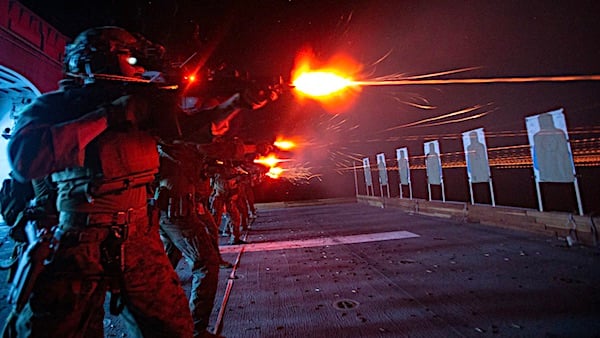 Over the last few years, Big Tech has unleashed many different attacks on WND, the pioneering Christian journalism organization now in its 25th year. From classifying WND as an "extremist group," to writing WND out of its search algorithms, to de-monetizing WND's YouTube channel, to confining WND to "Facebook jail" for over a year, the attacks never end.

However, as of this week, Big Tech has upped its game: Google has now officially de-monetized WND – permanently.

That could end up cutting WND's online ad revenue roughly in half, since not only does de-monetization mean the removal of all Google ads, but the removal of ads from alternate advertising services as well, since many of these companies utilize Google Ad Manager to serve their ads. So, what did WND do to merit such a punishment?

According to Google's "Violation Explanation," WND is loaded down with "dangerous or derogatory content," as well as "misrepresentative content" and "unreliable and harmful claims."

"We do not allow content," explains Google, "that incites hatred against, promotes discrimination of, or disparages an individual or group on the basis of their race or ethnic origin, religion, disability, age, nationality, veteran status, sexual orientation, gender, gender identity, or other characteristic that is associated with systemic discrimination or marginalization." Or which "harasses, intimidates, or bullies an individual or group of individuals."

WND's longtime vice president and managing editor, David Kupelian, translated: "That means, dare to report honestly on the transgender agenda – where men can give birth to babies, where boys in dresses raping teenage girls in school restrooms is ignored by the school board, where ‘biological men' can compete in and destroy women's athletics, and where a man who identifies as a woman is proclaimed to be ‘the first female 4-star admiral in history' – and you're ‘inciting hatred' and ‘promoting discrimination.'"

With regard to WND's supposedly "unreliable and harmful claims," Google says that it does "not allow content that makes claims that are demonstrably false and could significantly undermine participation or trust in an electoral or democratic process." Or which "promotes harmful health claims, or relates to a current, major health crisis and contradicts authoritative scientific consensus."

"That," explains Kupelian, "means reporting truthfully and accurately on the Biden administration's insane mismanagement of the COVID pandemic – from imposing vaccine mandates that are shutting down the country right now, to suppressing early outpatient treatment of COVID with inexpensive, proven-safe-and-effective medications that could have prevented hundreds of thousands of COVID deaths in America, to pretending ‘natural immunity' isn't real even though 92 studies prove it's superior to vaccine immunity – is not allowed. Only the official narrative – the one that is failing at every turn to end the pandemic, while introducing a level of tyranny never before seen in America – is allowed."

Strangely, one key component of WND's supposedly "dangerous, derogatory, unreliable and harmful" content, Google contends, has to do with comments posted by WND readers. If, for example, a reader posts his or her personal views in WND's commenting section, and if those comments are interpreted by Google to be racist or derogatory or unreliable, WND is held responsible.

As a result of being de-monetized by Google, WND has temporarily suspended all commenting on WND stories to give its tech team the time to investigate how best to bring back WND commenting while, hopefully, not losing all the advertising that helps support the site.

"To be clear," comments Kupelian: "Once we bring commenting back online, we will not be censoring comments (unless of course they're pornographic, obscene, openly racist, promoting violence, etc.), but rather, we're working on a technological fix that will allow us to restore commenting while also allowing WND to continue to exist."

Of course, it is not merely reader comments to which Google objects. A good measure of WND's news reporting published daily currently focuses on the three big topics Google cites as most troubling: "COVID misinformation," allegations of voter fraud, and the transgender issue.

"For the record, WND will not cease, nor slow down in any way, from reporting truthfully on these issues," says Kupelian. "We cannot betray our very reason for existing as a news organization – reporting on the crucial developments that matter most to our readers, and which are currently ripping our country apart and destroying the next generation. We intend to keep on doing what we've done for 25 years, and doing it boldly, accurately and professionally – and with a Christian spirit."

SPECIAL APPEAL TO WND READERS: Help keep WND alive during this time of nonstop – and accelerated – attacks. WND's loyal readers comprise the one source of support for WND that Google, Facebook, Twitter, the "mainstream media," the Biden administration, the Deep State, and the rest of today's ruling elite can neither control, muzzle, nor restrain. So please partner with us.

For those who are not already aware, WND took the trouble to do what a few other forward-thinking news organizations have done – to form a sister 501(c)3 organization called the WND News Center. This IRS-approved nonprofit charity is dedicated to promoting "independent, fearless, truthful news and analysis in an age of rapidly increasing lies and deception" and "shining a bright and honest journalistic light on today's world, including the lawless political and cultural forces that daily threaten Americans' happiness, well-being, security and freedom."

Please consider making a generous tax-deductible donation to the nonprofit WND News Center. If you prefer to mail your donation, please make your check out to "WND News Center" and mail it to: WND News Center, P.O. Box 100, 580 E Street, Hawthorne, NV 89415-0100. (Please be sure to use the entire address due to the rural location.) Thank you very much.