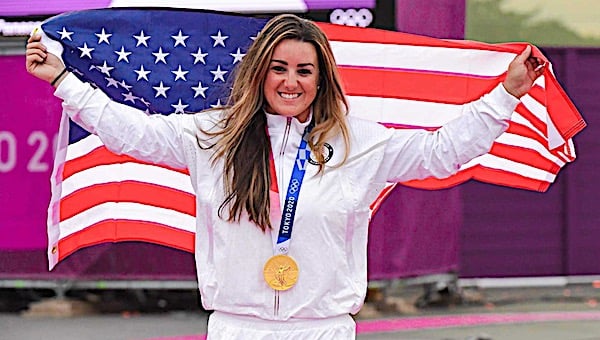 "Only the morally bankrupt could think it is a good idea to allow the hostage-taking, rapist-protecting, genocide-committing Chinese regime to host this competition," he explained in a recent column at the Gatestone Institute, where he is a distinguished senior fellow and a member of its advisory board.

He said the abrupt disappearance, and then reappearance, of tennis star Peng Shuai is just the latest reason.

"There is only one correct choice: Move the Games," he said. "For decades, people overlooked the great crimes of Chinese communism because they had hope that it would, over time, evolve and become benign. When 'reformer' Deng Xiaoping shoved aside Hua Guofeng, Mao Zedong's chosen successor, and engineered at the end of 1978 the historic Third Plenum, outsiders thought they were seeing a new—and far superior—'New China.'"

He said there was optimism because the party embarked on a policy of "reform and opening up."

But his warning comes after the controversy involving the tennis star.

She literally was not seen or heard from, then just days ago she appeared "smiling" and asking for privacy, on social media statements "all posted by individuals working for Chinese government-controlled media and the state sport system.

Those may allay immediate concerns for her health, but they don't address the broader concerns.

An official for the Women's Tennis Association said it was good to see her in videos, "but they don't alleviate or address the WTA's concern about her well-being and ability to communicate without censorship or coercion."

Maya Wang, of Human Rights Watch, warned, "What we have here is essentially a state-controlled narrative: only the government and its affiliated media are generating and distributing the content about Peng's story."

"While it is possible that Peng is well, the history of the Chinese government disappearing people and then making videos of them to prove that they are unharmed when it is, in fact, the opposite, should make us worried about Peng's safety," she said.

Chang noted that within minutes of Peng's claim appearing online, it was taken down, and she then disappeared.

"On November 17, China Global Television Network (CGTN), the international arm of the Chinese state broadcaster China Central Television, released the text of an e-mail, in English, purportedly written by Peng. In that message—correctly described by many as 'creepy'—she said she was 'fine.' Peng also said the 'news' released by the Women's Tennis Association 'including the allegation of sexual assault, is not true.' Almost nobody believes that the message is both authentic and not the result of coercion," Chang explained.

Soon, several images and eventually videos appeared of her, Chang. But he noted, "Peng is not the only high-profile figure detained in recent months. Businessman Jack Ma, citizen journalists Zhang Zhan and Chen Qiushi, and celebrity Zhao Wei were all disappeared. Consider it a pattern."

He said, "Xi Jinping's China is far more coercive and secretive than the China of the preceding three decades, suggesting the regime is returning to its old ways. Mao and Mao-admirer Xi reflect the true nature of Chinese communism."

He noted an official for the Foundation for Defense of Democracies explained if an athlete tries to be an individual, "They become a liability. The state will destroy the individual if that person is any risk to the party."

Joe Biden has said he's considered a diplomatic boycott of the games, but Sen. Tom Cotton, R-Ark., said the abandonment should be complete.

Chang explained, "No ruling group that organizes rape, slavery, mass detention, torture, killings, and organ harvesting should be permitted, among other things, to host international sporting events. The International Olympic Committee maintains that these atrocities are none of its business. Yet the protection of athletes is. Peng's detention tells us athletes will not be safe in China."