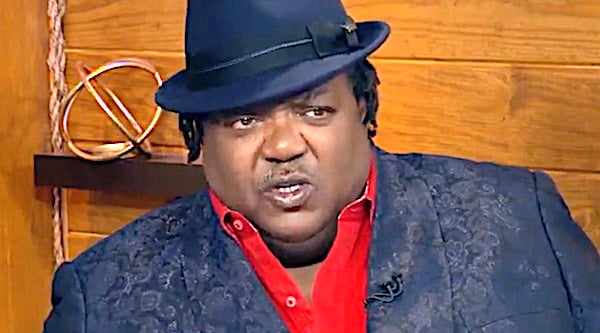 Conservative radio host Rush Limbaugh's producer, James Golden, who also goes by the pseudonym Bo Snerdley, revealed a story this week about how Limbaugh gave him a gift of $5,000 after he noticed the producer was in financial trouble.

Rush was always known for his charitable endeavors and generosity.

Golden emphasized that the gift, which Limbaugh wanted kept between the two of them, came before Limbaugh was super wealthy and a household name, and when Golden was just "a black kid from Queens."

Speaking to Fox News host "Tucker Carlson" during an episode of "Tucker Carlson Today," Golden recalled having to speak to personal creditors on the phone while he was at work. Limbaugh overheard him.

"Hey, James, can you come back in my office?" Limbaugh asked Golden at the time. "So listen, I don't mean to pry, I don't wanna get inside your business or anything, but I heard you on the phone. Is everything OK?"

Golden told Limbaugh how much he owed, $5,000, which the producer said is a lot of money to him now, and was especially back then.

"So, the next day, I'm sitting in the newsroom, pulling stories again – in the intercom, it's Rush. ‘Hey, James, can you come on in to the office for a second?'"

Golden went to the office and closed the door as instructed by Limbaugh. "Rush has an envelope. He pushed the envelope to me, he says, 'Here.'"

"Inside it, there's a check for $5,000," Golden says, overcome with emotion. "What Rush said to me was, 'I don't want you to tell anybody about this, this is between you and me; this is not a loan, this is a gift, because good things need to happen to good people once in awhile."

James Golden was a little misty-eyed, too.

Later in the interview, Golden said when Limbaugh revealed the news of his cancer to the radio crew, he apologized. "He felt like [he] let [us] down," the producer said.

"Tucker, he was one of the most exceptional human beings you could ever meet," Golden asserted.

In February, Golden issued a statement of gratitude to Limbaugh's supporters after the host was absent from the show all week. "Our prayers are with Rush as he continues to fight the illness he as been afflicted with," he tweeted. "We are still praying for a remission. ... Thanks for all of your prayers, kind words and wishes for our Rush. God Bless you."

About a week later, after Limbaugh died, the producer wrote, "God Bless you Rush. I love you. Always and ever."