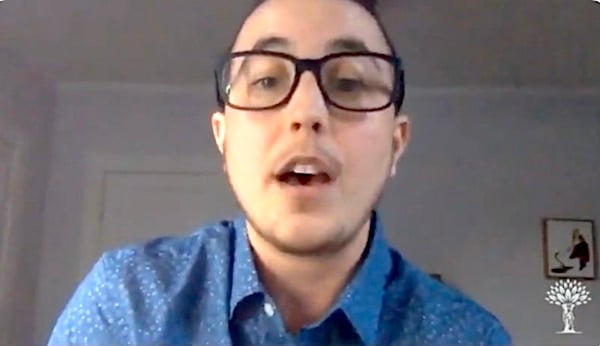 An assistant professor at Old Dominion University in Virginia has stirred up a tempest with her promotion of the characterization as a "Minor Attracted Person" for an adult that in more blunt terms is called a pedophile.

Those are adults that have a sexual attraction for children.

A report at the Daily Citizen, a project of Focus on the Family, explains that Allyn Walker has released a book on "Minor Attracted People and Their Pursuit of Dignity," arguing that those individuals who are "sexually attracted to children and teens" – should be given the title MAP.

"Walker says that she does not advocate for pedophilia to be accepted," the report explained. "In a recent interview with Prostasia … she stated, 'And I want to be extremely clear that child sexual abuse is never ever okay.'"

Walker, the report said, "identifies as non-binary and describes herself on Twitter as 'Queer criminologist & abolitionist. Deeply anxious. Terrible at Twitter. All views my own.'"

Walker did a study with 41 "non-offending MAPs," the report said, and she said, "But having an attraction to minors as long as it isn’t acted on, doesn’t mean that the person who has those attractions is doing something wrong. I think we have a tendency to want to categorize people with these attractions as evil or morally corrupt. But when we’re talking about non-offending MAPs, these are people who have an attraction that they didn’t ask for. And one that frequently they would do anything to change."

She explains in her book that to think "all pedophiles are offenders" is wrong because they, to her, are "two entirely distinct groups."

In fact, however, the term Minor Attracted Person was coined in order to give those individuals an acceptable characterization, which pedophile does not provide. In fact, the Democrats' proposed Equality Act, which would wipe out any privacy protections for woman anywhere in America, uses "Minor Attracted Persons" as a euphemism for pedophiles.

Walker suggests the "stigma" of pedophilia prevents "individuals from getting the help they need."

Commentator Rod Dreher at The American Conservative told Focus, "Allyn Walker is playing with fire. Surely there must be some way to get these suffering people the help they need without moving towards considering pedophilia just one more 'sexual orientation.'

"Because if it ever should become that, we are halfway to legalizing it, following the same path that standard homosexuality took. If sexual desire is the equivalent of identity, and if to sexually desire minors is at the core of one’s identity, then how can we stigmatize or otherwise suppress pedophiles if we recognize that other kinds of sexual minorities have civil rights?"

The report explained, "Focus on the Family has long been an advocate for children – from the womb onward. Child sexual abuse is abhorrent, and we’ve provided resources, including broadcasts, books, resources and counseling consultations, to help people deal with this trauma."

Fox News reported that after Walker was interviewed by an activist organization, and promoted the redefinition of pedophiles as "Minor Attracted Persons," Old Dominion reacted.

It posted online a statement attributed to Walker, saying, "I want to be clear: child sexual abuse is morally wrong and inexcusable crime. As an assistant professor of sociology and criminal justice, the goal of my research is to prevent crime. My work is informed by my past experience and advocacy as a social worker counseling victims. I embarked on this research in hopes of gaining understanding of a group that, previously, has not been studied in order to identify ways to protect children."

Walker had told Protasia that "Minor Attract Person," is "less stigmatizing than other terms like pedophile. A lot of people when they hear the term pedophile, they automatically assume that it means a sex offender. And that isn’t true. And it leads to a lot of misconceptions about attractions toward minors."

A local broadcast outlet noted the university was taking criticism because of Walker's claims.

For instance, Andrew Lambakis, the president of the ODU College Republicans, said, "I was very surprised and shocked. I actually didn’t believe it until I saw it on Twitter. I’m actually thinking about planning a peaceful protest against Allyn Walker."

In the interview, Walker described "non-offending MAPS" as people who have "an attraction that they didn't ask for."

And Walker ventured down a path that conservatives will finding alarming, suggesting that an attraction to minors is a "sexual orientation."

"And there’s research that I cite in my book about that. But to me, that misses a larger and more important difference, which again, is about attraction versus behavior. If we did consider MAPs to have their own distinct type of sexual orientation, there would still be a huge difference between MAPs and lesbian, gay bisexual people. And that difference is that MAPs have a sexual attraction that would result in a lot of harm if they acted on it. Whereas for LGB, folks, there’s no harm in having consensual relationships with one another," Walker claimed.

She said many MAPs never commit a sexual offense against a minor, and it's wrong to "criminalize" a population because of their attractions.

"Not only is this a problem in terms of criminalization, but it also serves to heighten stigma against MAPs in general, which is a huge problem," she said.

She said "stigma" hurts MAPs because it makes them "think that they're monsters" and that's a problem for their "well-being."