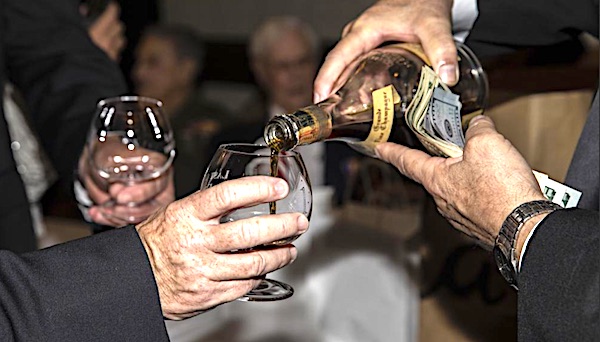 Prominent hedge fund manager and liberal philanthropist George Soros is worth $8.6 billion and isn’t exactly hard up for cash. Yet both he and his son, Robert, received stimulus checks from the CARES Act.

The Soros duo were among 270 taxpayers —18 billionaires and some 250 other ultra-wealthy people — whose previous tax returns collectively disclosed $5.7 billion in income, “but who were able to deploy deductions at such a massive scale that they qualified for stimulus checks,” ProPublica reported. All of the millionaires and billionaires listed negative net incomes on tax returns, the investigative news outlet said in its recent report.

While both Soros and his son returned the checks, their receipt of them in the first place shows that the method Congress used to automatically send stimulus checks to needy Americans doesn’t work.

Terrence Pegula, who is worth $5.7 billion and owns the NFL’s Buffalo Bills and the NHL’s Buffalo Sabres, received a stimulus check, ProPublica reported.

The problem is in the way the wealthy can “wipe out even hundreds of millions in income,” ProPublica said.

In 2018, Robert Dart, part of the Dart family that owns Dart Container Corp., the maker of the iconic red Solo cup, reported income of more than $300 million, but deductions left him with a negative $39 million. Hence the stimulus check.

While the federal government is struggling to get at least $87 billion worth of fraud of unemployment benefits under control, they should look at other handouts that give cash to people who neither need nor deserve it.