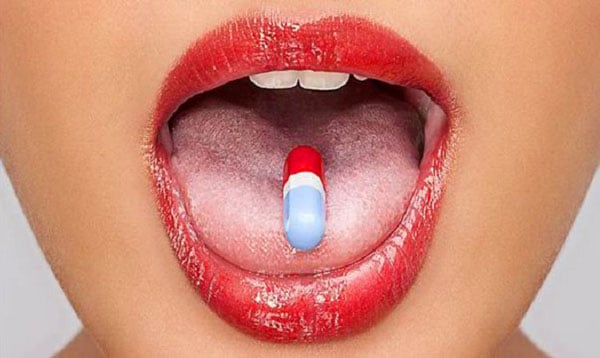 High-stakes lawsuits accusing drugmakers, distributors and pharmacies of stoking the national opioid scourge have suffered two major recent setbacks, and now it looks like plaintiffs could be headed for strike three. Only this time the problem may be less a controversial legal theory than a freelance Miss Marple on the jury.

In Cleveland, the jury began deliberating Tuesday in a case pitting two Ohio counties against Walgreens, Walmart, and CVS pharmacies. The plaintiffs accuse the pharmacies of contributing to the opioid epidemic, asserting that the overall business of selling narcotic painkillers created a “public nuisance” — a prosecutorial approach that has run into growing judicial opposition because the sales involve legal products and services.

Even if the jury finds for the plaintiffs and even if the problematic nuisance rationale can survive an appeal, there’s still the case of the rogue, unnamed juror reminiscent of Agatha Christie’s famous amateur detective.

On a Friday in the middle of October, Judge Dan Aaron Polster discovered that a member of the unsequestered jury had done a little digging on her own and brought brochures related to the case into the jury room, distributing them to the other jurors. He called Juror 4 into the court to ask what it was she was handing out. It turns out she was trying to get her fellow jurors up to speed on an issue raised at trial.

“So when we left the other day and there was a conversation about Walgreens and the price of Narcan and that how you have to pay for Narcan unless it’s covered by insurance,” the juror said when questioned by the judge. “And so, as a mental health professional, I felt very strongly that I didn’t want anyone to think that they had to pay for Narcan.” She knew of a charity that provided the overdose antidote, also known as naloxone, for free.

“So and yet you took it on yourself to just decide – you were to educate the jurors about the fact that naloxone is available for free?” asked the judge.

“To me,” said the juror, “this feels bigger than this case. We’re talking about people’s lives.” That one could get Narcan for free, she said, was information everyone should have. “All of you too,” the juror told the court.

“Well, I appreciate that,” said Polster, astonished. He returned to the rules he had given jurors repeatedly: not to do any independent research; not to bring in anything from outside the courtroom.

The juror asked if she could stay on the jury. Polster expressed further astonishment: “I’ve been a judge 22-some years,” he said. “I’ve never had a juror, to my knowledge, do anything like this.” He sent her home.

Though it wasn’t clear that the juror’s action had pushed the jury in either side’s favor, even the plaintiffs’ lawyer, Mark Lanier, was initially convinced the lawsuit had resulted in a mistrial. “I’ll be candid,” Lanier said. “I think that it affects this jury. I think it affects everybody whether they recognize it or not, and I think the mistrial is appropriate.” He told the court that asking for a mistrial was his “candor to the tribunal which I owe under my ethical obligation.”

The lawyers for the defense were more than happy to join Lanier in asking for a mistrial, declaring that the “record is incurably tainted in our view.”

But then Polster made it clear he did not want to declare a mistrial because he didn’t have the time to start the case over. “I have a whole lot of criminal defendants who have been waiting for over a year for a trial and they’ve been locked up and I’ve got a constitutional obligation to give them their trials,” the judge said.

And over that October weekend, as both sides wrote briefs regarding the mistrial question, Lanier decided he had changed his mind: “Having considered all the relevant facts and law, Plaintiffs are satisfied that Juror 4’s conduct did not incurably prejudice any party.”

And so remained prospects for a mistrial, with the defendants also taking heart from bellwether cases that have cast doubt on the legal theory being used in the Ohio case and others consolidated as part of so-called National Prescription Opiate Litigation. Against the claim that chain pharmacies created a “public nuisance” by filling legal prescriptions for opioid painkillers, pharmacies have maintained that not only was there nothing illegal about doing so, but that state laws require pharmacists to honor any legitimate prescriptions.

And in recent tests of the theory, the Oklahoma Supreme Court reversed a judgment against Johnson & Johnson, and a California court threw out a lawsuit against J&J and three other drug companies. Courts in more than half a dozen states have rejected efforts in opioid lawsuits to replace a legal standard of demonstrable damages with public nuisance claims.

A further twist in the Ohio case is that Judge Polster had urged the parties to settle, and pointed to the $465 million in damages Johnson & Johnson was ordered to pay as establishing a “benchmark” for the defendants’ liability — an amount now thrown out by the Oklahoma Supreme Court on appeal.

So now Polster’s benchmark, on top of adverse rulings elsewhere, bolsters incentives for defendants who would rather fight the lawsuits than settle them.

In closing arguments Monday, Lanier, the plaintiffs’ lead lawyer, still pushed the claim that the pharmacies had become public nuisances, and told jurors, “You get to decide what will be the most seminal case in pharmacy history.” He also encouraged jurors who agreed with the plaintiffs to lean on the jurors who did not: “If there’s some that don’t see it [my] way, please, those of you who do, I want you to not beat them up, but really go after them.”  The defense called the statements “inflammatory,” “undeniably prejudicial,” and argued in a motion Tuesday that the remarks were grounds in and of themselves for a mistrial.

Asked by RealClearInvestigations about the motion for a mistrial because of his closing remarks, Lanier said, “It has no basis in law or fact.”

Even so, the odds of a reversal of any plaintiff victory have improved thanks to Juror 4 -- a turnabout that in the knotty national opioid litigation would be an outcome probably not as conclusive as “Murder Most Foul.”