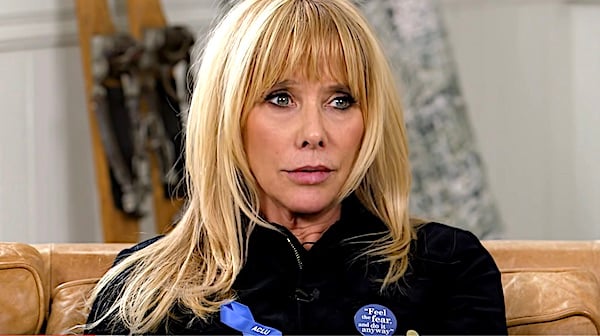 Hollywood personalities often display narcissism, elitism and privilege because, well, they're actors. They're idolized for the roles they play, in which they succeed at everything they do.

But that's on screen and sometimes that perspective doesn't lend itself to fitting into the real world.

So when ex-Gov. Terry McAuliffe, a liberal Democrat, lost Tuesday's election for Virginia governor to Glenn Youngkin, a pro-parents, pro-education, pro-business Republican, some members of the gifted class lost it.

"Fascism is alive and well in America," Rosanna Arquette stated.

And Cher, the legacy singer, claimed "ITS DIFFERENCE BETWEEN DEMOCRACY & DICTATORSHIP."

Do celebrities think in their own minds that people are actually interested in their political stances?
94% (1794 Votes)
6% (106 Votes)

Breitbart reported they were warning people to "enjoy the last year of Democrat control."

The report pointed out Democrats not only lost in Virginia, but the New Jersey governor's race, also expected by Democrats to be a walkover, was a dead heat. And school boards across the nation were moving away from the liberal elitism espoused by the party.

For example, in one Denver suburb a slate of four conservative candidates is expected to become the majority of the local school board. And in left-leaning Seattle, a Republican is becoming the city attorney. City council membership also was moving toward the conservative side.

A part of the Hollywood issue likely was the fact that the Virginia vote was seen as a referendum on Joe Biden's presidency, which has seen approval ratings recently plunge into the low 40s and upper 30s based on the polling.

That's followed his disastrous withdrawal from Afghanistan, his crisis at the southern border, rising inflation and COVID-19 failures – more people now have died of COVID under Biden's president than under President Trump, who was in office when it hit, even though the legacy media is unlikely to be reporting on that.

Actor Bradley Whitford reached probably as far as anyone, accusing the GOP of embracing racism – even though it is leftists who promote Critical Race Theory, which teaches that all whites are racist.

He said the Republicans "want everyone to get over slavery while they can't get the fact that they lost the Civil … War."

Josh Gad, who worked on Frozen, warned about burning down "the entire house."

As Americans, we always seem to want to see how close to the fire we can get. I fear that if we’re not careful, eventually, we will inevitably (whether accidental or not) burn down the entire house.

Wendell Pierce, who's in an Amazon production, said it was because of the "prejudices of ordinary people." They, of course, avoid "rational argument."

The lesson from last night’s elections is that Americans respond to fear-mongering, demagoguery, & political activity or practices that seek support by appealing to the desires and prejudices of ordinary people rather than by using rational argument.

Washington insiders also joined in, with Robert Reich making the claim: "Youngkin was able to feed vile lies directly to his base through a right-wing media machine that ceaselessly ampified his garbage. How can democracy survive this?"

But it didn't identify any "lies." much less "vile."

Ethan Embry, who appears on Netflix, said, "Enjoy the last year of Democrat control," apparently predicting Democrat failures in the 2022 elections, too.

Rosanna Araquette wasn't happy with anyone: "I'm sick of the weakness of the Democratic Party and the corrupt criminal Republican Party and the evil Media who has (sic) fed the beast."

.@NicolleDWallace: Glenn Youngkin laundered former President Trump's flagrant racism, wrapped it in education, and gave it a lie as a label. https://t.co/0lNaoE5XNH pic.twitter.com/wVlAYBJFqF

On the MSNBC social media feed was Nicolle Wallace with, confusingly, "Glenn Youngkin laundered former President Trump's flagrant racism, wrapped it in education, and gave it a lie as a label."

Julian Castro insisted Democrats "need to better control the narrative." even though the legacy media many times acts as an arm of the political party.

The Washington Examiner noted that Youngkin won, "but some celebrities aren't having it."