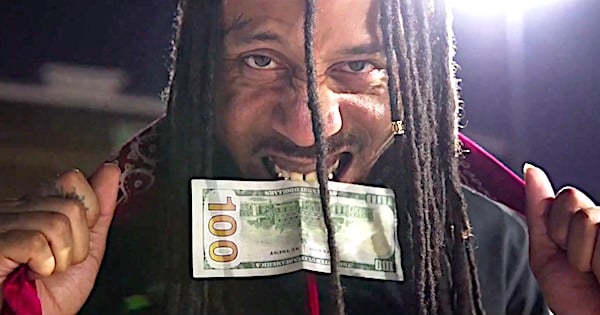 If the suspect in the Waukesha, Wisconsin, tragedy that left five dead and dozens injured did, in fact, drive over people at a Christmas parade, it wouldn't even be the first time he's aimed a vehicle at people.

Nor will the process he now faces bring him to court for the first, or fifth, or even 10th time.

The Milwaukee Journal-Sentinel reports that suspect Darrell Brooks Jr. has been accused of 16 crimes since 1999, and in one of those cases he was accused of running a person over with a vehicle.

The earlier situation was on Nov. 2 when a woman told police Brooks purposefully ran her "over with his vehicle" while she was walking through a parking lot after he followed her there. 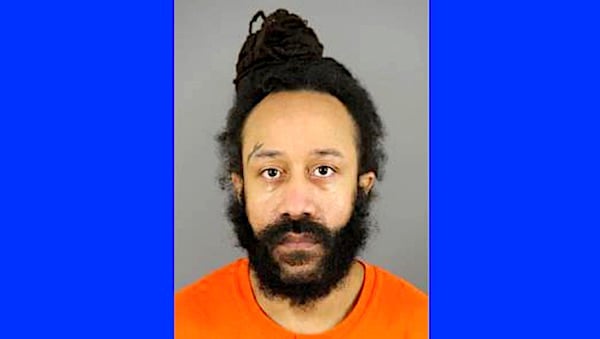 The woman then was hospitalized for her injuries, the report said, citing court records. He was out on $1,000 bond for that case at the time the attack happened on the parade.

Authorities have confirmed that Brooks allegedly was involved in a domestic situation on Sunday shortly before he allegedly drove his vehicle through a Christmas parade, striking dozens of people. Five died.

He had been involved in an ongoing domestic case, the report said, and was out on bond.

The report said Brooks, the suspect, "has been charged three times in less than two years with recklessly endangering the safety of others, most recently in an incident in which he is accused of running a woman over with his vehicle in Milwaukee." 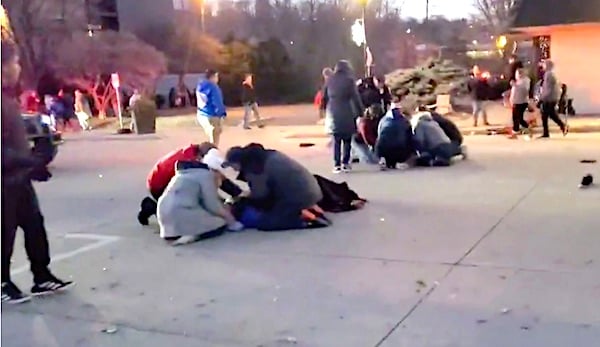 Victims struck by an SUV during the Christmas Parade in Waukesha, Wisconsin on Sunday, Nov. 21, 2021. (Photo courtesy Jordan Woynilko/Twitter)

Brooks had been released only days earlier on a bond of $1,000 for his latest offense.

He also was involved n a felony case of recklessly endangering others using a dangerous weapon, a case that also is going on still.

The report said Brooks' career got started in 1999 when at age 17 he admitted guilt to a felony charges of inflicting substantial bodily harm on another.

Records, the report said, also show Brooks was involved in a situation in which he drove away while a police officer was talking to him, causing the officer to fear he'd be run over.

Court records in 2020 show he faced felony counts of recklessly endangering others when he was accused of fighting with a relative and firing a gun at the relative, and a friend.

The vehicle-as-a-weapon case earlier developed when Brooks confronted a woman staying at a hotel, snatched her phone from her and left.

"The woman was later walking toward a gas station when Brooks pulled up alongside her and demanded she get in the car, the criminal complaint said. When she refused, he punched her in the face and then as she walked away through the gas station parking lot until Brooks ran her over his vehicle, a 2010 maroon Ford Escape, the complaint says."