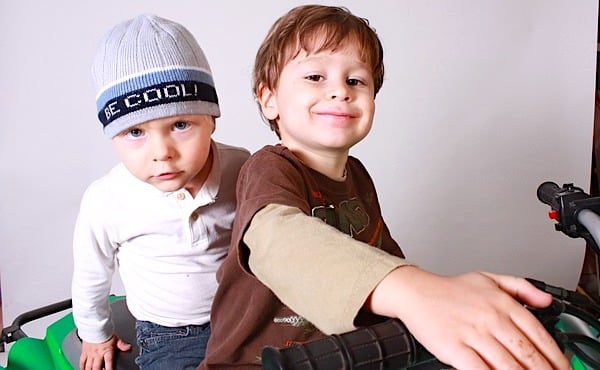 (Image by White77 from Pixabay)

In an attempt to legitimize the pro-abortion, anti-pro-life sentiment, a growing set of voices in the media and elsewhere are attempting to appropriate the Christian tradition in their defense of abortion — an action that destroys the lives of innocent babies. Media figures in the Washington Post, in Ms. Magazine, Salon, and others have been among the culprits. But however they try, no Christian case for abortion, past or present, is possible.

According to the authors asserting that Christianity and abortion are compatible, Christians who oppose abortion represent a radicalized minority detached from that tradition. Some even try to claim the great medieval Saint Hildegaard of Bingen as part of this pro-abortion lineage.

And why? One recent article published in Ms. Magazine argues the “pro-choice” community of believers could be “a force to be reckoned with,” if properly organized. According to the author, there is a vast pro-choice community of religious believers in the United States, which encompasses most non-evangelical Christians, and this largely untapped segment of believers could overcome the pro-life movement once and for all.

“This is well documented by reputable polling and a study of religious institutional support for abortion rights. Most, but certainly not all, of this cohort are Christians and Jews,” the author argues. “Nevertheless, the pro-choice religious sector is not much recognized in the political world, by the media and by elected officials. But it ought to be.”

But the true motive of the piece, and others like it, is to undercut the longstanding theological underpinnings of the pro-life movement, with the ultimate goal of removing its political clout. An example of such efforts was evident earlier this year in Texas — where the controversial heartbeat legislation recently came into force — where a group of churches has come together to train other religious leaders in promoting abortion, and affirming it as a “social and moral good,” essentially becoming a group focused on forming voting blocs rather than forming hearts.

Ms. Magazine, in particular, points to opinion polling in the U.S. that indicates a majority of Americans refer to themselves as “pro-choice.” A Pew Research Center poll from May shows that 59% of Americans believe abortion should be legal in all or most cases, with 39% of Americans believing abortion should be illegal in all or most cases. Of the 59% who believe in legalized abortion, 55% are Catholics, 64% are Black Protestants, and 63% are non-evangelical white Protestants. The implication here is that the Christians who believe that abortion is a violation of the sanctity of life are the exception, merely an extremist fringe that has undue political clout.

Whatever the polling says, the truth about Christian teaching does not depend on a majority adhering to that truth. If only a small minority of Christians believed in the sanctity of human life from conception, they would still be correct and abortion activists wrong about Christian teaching. Regardless, the cited statistics are misleading.

More detailed polling on the question of abortion reveals Americans’ attitudes are more nuanced — and more favorable to the pro-life movement than suggested by the Pew poll. As a Knights of Columbus/Marist poll from January indicated, the overwhelming majority of Americans, including self-described “pro-choice” Americans, believe abortion should either be strictly regulated, legal only in certain cases, or even banned outright. According to the poll, 76% of Americans support limits on abortion: limited to the first trimester only (25%); limited to cases of rape, incest, or life of the mother (28%); allowed only to save the life of the mother (11%); and never permitted (12%).

Only 15% of Americans believe abortion should be “available to a woman any time during her pregnancy,” including just 27% of self-described pro-choice Americans. Nearly 6 in 10 Americans believe that tax dollars should never be used to pay for abortions in the U.S., and 77% oppose the use of tax dollars to fund abortion in foreign countries. And 70% of Americans — including 56% who identify as “pro-choice” — oppose aborting babies because they have Down syndrome.

No grounding in the Christian tradition

Christian leaders across denominations have, of course, soundly rejected the argument that Christianity and support for abortion rights are compatible.

“Our beliefs about the sanctity of life aren’t just tied to a single verse that some may try and find fault with — they are wrapped up in the entirety of Scripture,” the late Rev. Billy Graham once noted, according to Fox News. “The inescapable and unmistakable theme that God created us and loves us is repeated throughout the Bible.” Dr. Alveda King, niece of Rev. Dr. Martin Luther King, Jr., pointed out 23 separate scripture verses underpinning the pro-life position. In addition, there is a strong Jewish case against abortion, as noted in a previously published Live Action News guest article.

This comes as no surprise — Christianity’s unity of belief on this issue to present day has roots in what the early church believed. From the 1st century Didache’s condemnation of abortion, Tertullian in the 2nd century forbidding the destruction of the child in the womb, to St. John Chrysostom in the 4th century and so on — the unanimity of the majority of the major figures speaks clearly to the present day. Certain obscure, lone, or dissenting figures simply can’t break the strength of this voice.

As a recent Live Action News article pointed out, Americans’ attitudes are becoming more polarized on the issue of abortion. As this polarizing trend continues, many will likely continue to massage the truth about Christian teaching to fit their preferred narratives. But the truth will remain that the sanctity of human life is a core part of Christian teaching, and no amount of revisionism or opportunism can change that.